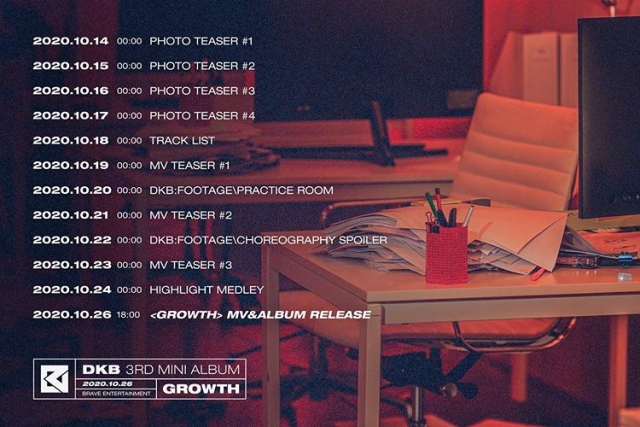 DKB's agency, Brave Entertainment, released their third mini-album ‘GROWTH’ comeback scheduler on their official SNS at midnight on October 13th. The office background, which was disturbed by numerous documents in the released scheduler, caught the eye and amplified the curiosity about the new album.

According to the released scheduler, on October 14th, starting with a photo teaser, a variety of contents for the new song, starting with the track list, DKB's own spoiler content, music video teaser, and highlight medley, were announced sequentially, raising the expectations of fans.