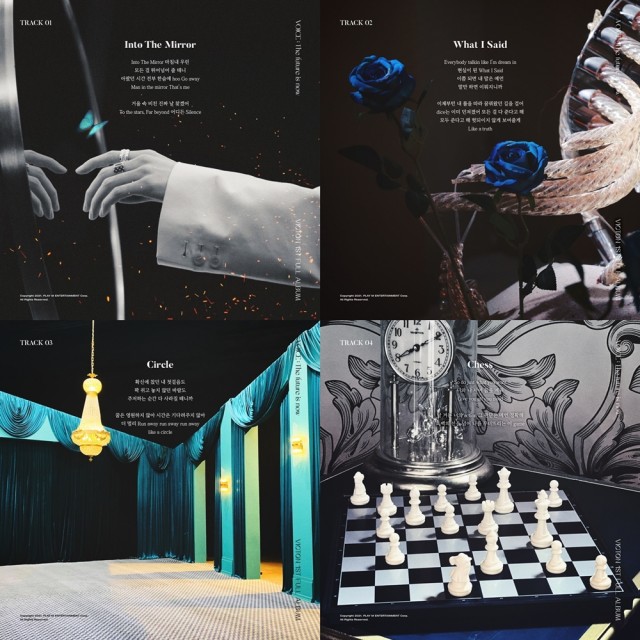 VICTON, ahead of its comeback, raised expectations for the first full album with track-by-track introductions.

On January 2nd, the agency PlayM Entertainment started releasing a lyric image teaser that introduces each track of their first full album, ‘VOICE: The future is now.’

A total of 4 teasers were released, stimulating the curiosity about the new album by putting the lyrics of the album songs together with various objects such as mirrors, roses, chandeliers, and doors. The first track, "Into The Mirror," expresses VICTON's aspirations and determination to move toward dreams, and the title track "What I Said," melts the story of VICTON's second act saying that "the dreamy reality Is finally starting," and the song "Circle," which truly expresses the agony and anxiety of youth in their 20s, and 'Chess', which compares dangerous love to a chess game, attracted attention, eminating a dreamlike aura.