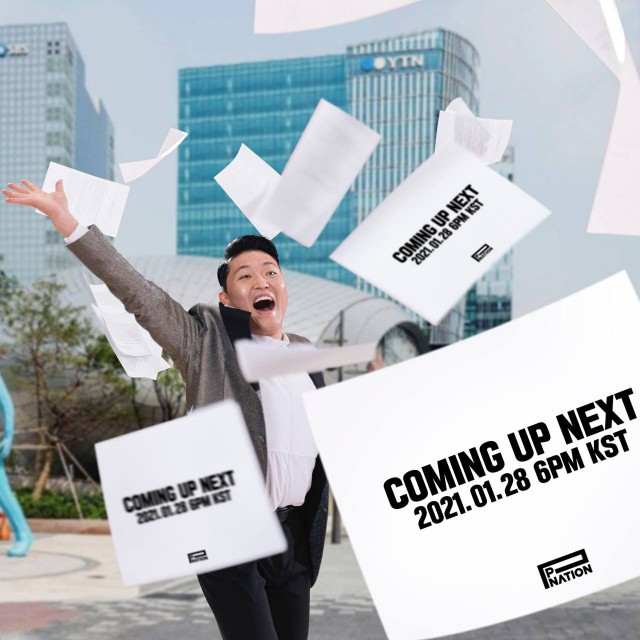 On the 7th, the ‘COMING UP NEXT’ image was uploaded by surprise through the official SNS of P NATION's chief PSY.

In the published image, PSY is spreading a leaflet that reads “COMING UP NEXT 2021.01.28 6PM KST” in the background of a broadcasting station. PSY's bright expression shows a peek at a special anticipation.

As PSY directly announced the comeback of his new artist on January 28th, various speculations are pouring out once more, and interest is growing as to who will be the protagonist of this 'COMING UP NEXT'.

Currently, P NATION is affiliated with PSY, Hyuna, Crush, Dawn and Heize, and recently, D.Ark has made headlines by signing a new exclusive contract as the youngest member of P NATION.