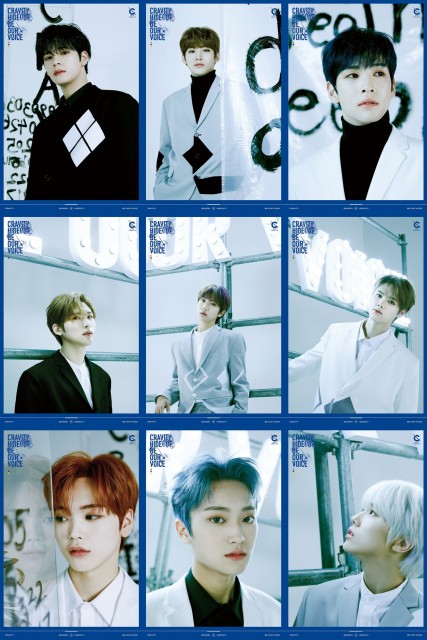 CRAVITY (Serim, Allen, Jungmo, Woobin, Wonjin, Minhee, Hyungjun, Taeyoung, Seongmin) posted their third mini-album'CRAVITY SEASON 3 HIDEOUT: BE OUR VOICE' through the official SNS channel on the afternoon of the 7th. Hideout: Be Our Voice)', the second version of the personal concept photo was released.

CRAVITY, who previously announced an intense transformation by transforming into a chic racer, attracts attention this time by radiating various soft charismatic charms in a neat suit.

The third mini album 'CRAVITY SEASON 3 HIDEOUT: BE OUR VOICE' will be released on January 19th at 6pm.