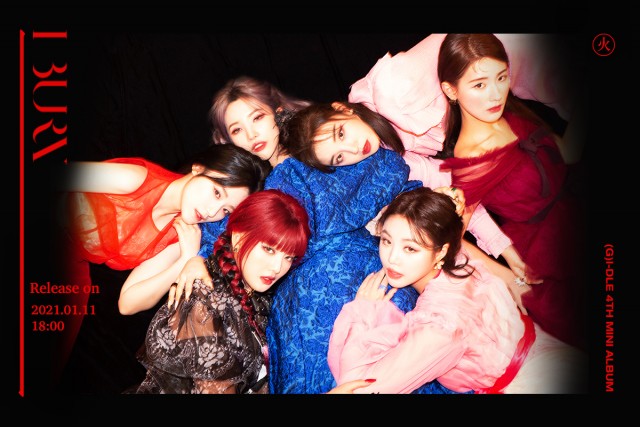 'I burn' is an album that contains a variety of emotions felt in the process of separation and before regaining happiness. (G)I-dle filled the album's entire song with self-composed songs, and again showed off as a self-produced artist without regret.

The title song 'HWAA (火花)' is a song of the Mumbaton genre that expresses the emotions after a breakup with the ambiguity of 'HWAA (火花)'. By adding oriental instruments to the arrangement that makes you feel the cold and cool atmosphere of winter, it is expressed so that you can experience the cold feeling of parting.