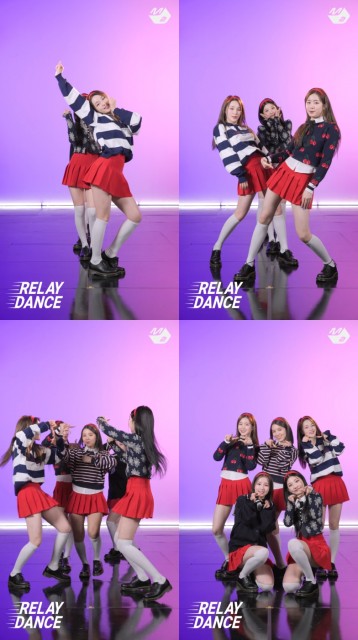 woo!ah! released a relay dance of 'I Don't Miss U', the sequel to the second single 'QURIOUS' through the YouTube M2 channel on January 10th.

woo!ah! began the released video with Nana, and continued with Lucy, Sora, and Minseo popping off on the relay dance. The red pleat flare skirt and headband stole the gazes of the viewers, and the sharp group choreography, which showed the relaxed stage manners and harmony of the members, captivated fans both at home and abroad.