"Between Everyday Life and Rest." BTS release the second teaser of the new reality show "In The Soop BTS Season 2"! 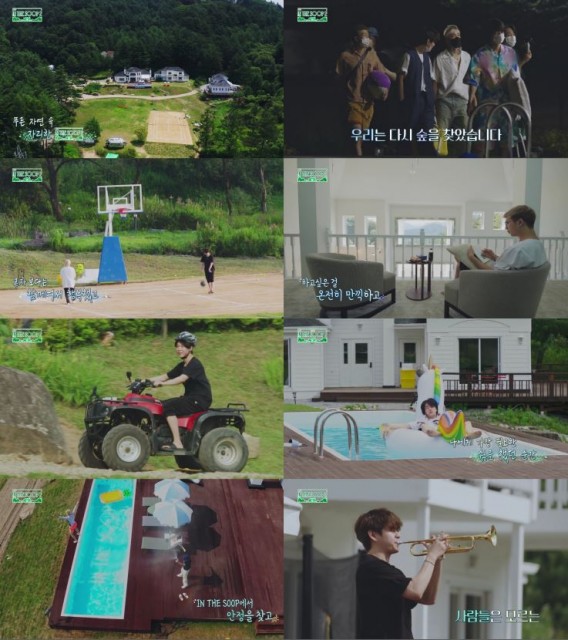 Group BTS has released the second teaser for its new reality program "In the SOOP BTS ver. Season 2."

BTS posted the second trailer of "In The Forest BTS Season 2" on the official SNS channel of In The Forest at 0 o'clock on October 6th. The video shows the peaceful appearance of BTS members enjoying a break in the forest separately and together, such as reading books, playing basketball, playing in the water, playing games, playing trumpet, and experiencing a four-wheel bike.