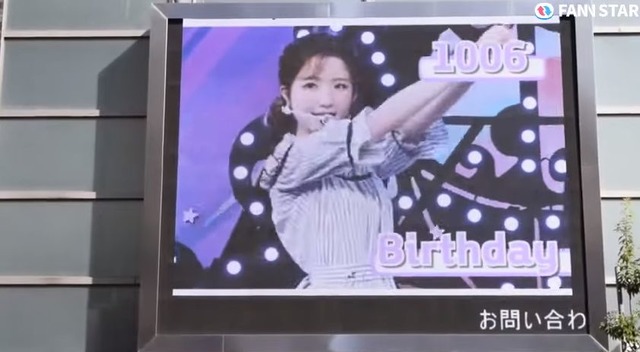 Honda Hitomi, a former member of the group IZ*ONE, received unforgettable gifts from fans on her birthday.

The advertisement will be shown on the Shinokubo electronic display in Shinjuku, Tokyo, from October 4th to the 10th.