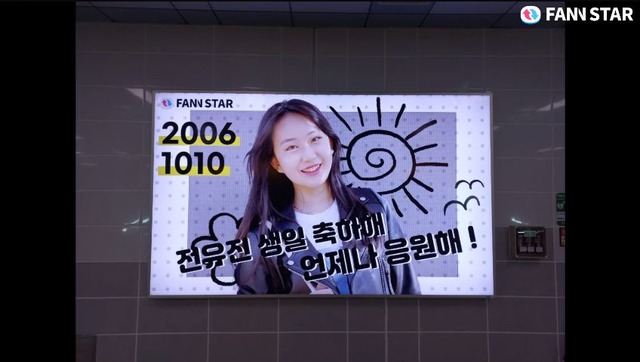 From October 4th to 10th, the advertisements were displayed on the Shin-Okubo electronic board in Tokyo, the electronic board in Daegu Subway Line 1, the outside/central door advertisement on Seoul Bus No. 273, the Busan Seomyeon digital poster, the CM board at Hapjeong Station in Mapo-gu, Seoul, and the CM board at the Gangnam-gu Office Station in Seoul will be screened.