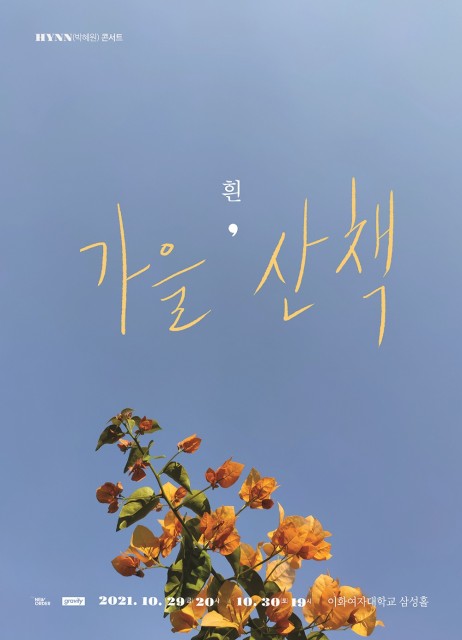 Tickets for the autumn concert "White, Autumn Walk" by singer HYNN (Park Hye-won), which will be held on October 29th and 30th, will open on October 8th.

Following the summer concert "White, Summer Garden" held in July, tickets for the autumn concert "White, Autumn Walk," planned as part of HYNN's seasonal performance featuring emotions of every season, will be opened at 5 p.m. on October 8th through the online ticket reservation site Interpark.

Since the first concert, HYNN (Hye-won Park), which has sold out every time thanks to the enthusiastic support of fans, is a performance by HYNN (Hye-won Park). A fierce ticketing war is also expected to take place again this time.