BugAboo, who is about to debut, will release a unit and group concept photo with fatal girl crush charms. "First Step in the K-pop industry on October 25th." 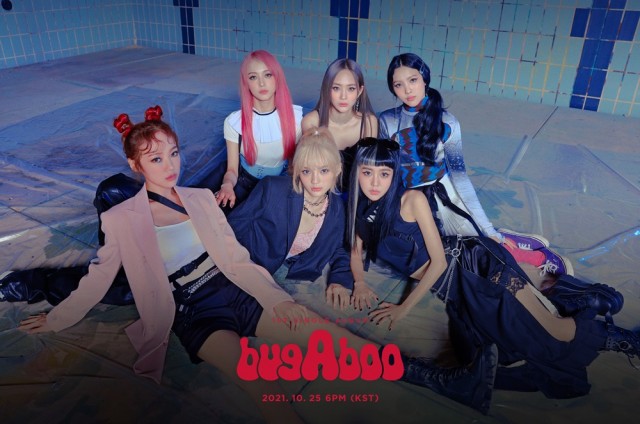 BugAboo released a unit and group concept photo on its official SNS channel at midnight on October 8th, making it impossible to take your eyes off with its complete visuals.

BugAboo released unit and group concept photos through the official SNS channel at midnight on October 8th, making it impossible to take your eyes off the finished visual. Also caught the attention of K-POP fans with its unique styling contrasting with the dark background.

Along with this, the unit photos released showed the dazzling visuals of each member, drawing surprise. The premiere and acquaintance overwhelmed the eyes with intense eyes between the colorful mirror balls, while Yoona and Rainie emit a fascinating aura in a dreamy atmosphere, while Eun-Chae and Cyan stare ahead in a provocative yet imposing pose under the blue light, making viewers excited.