Kim Ho-joong, who's looking forward to being discharged from the military. 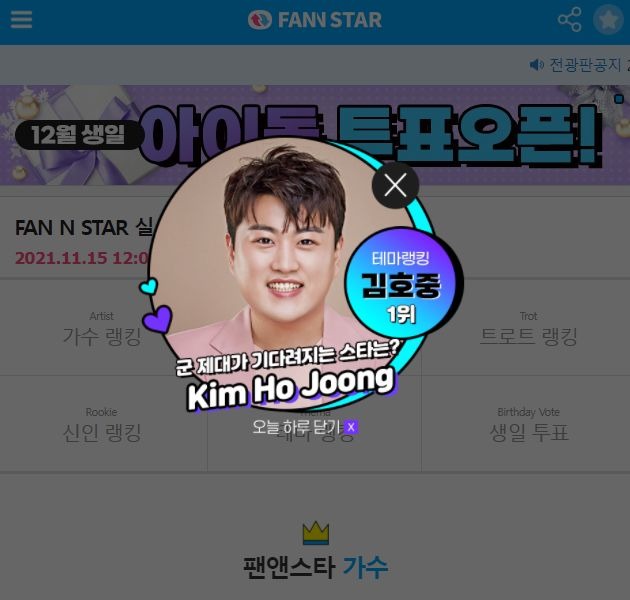 The weekly idol ranking site "Fan & Star" holds themed ranking votes on various topics every month. The theme ranking theme, which ran from October 15th to November 12th, was "Star Looking forward to being discharged from the military." Kim Ho-joong proudly topped the theme ranking vote with 6,487,666 votes. Han Seung-woo came in second with 61,227 votes, and Kim Jin-woo came in third with 56,781 votes.

"Fan & Star" will run an advertisement for Seoul Bus 273 for a month as a privilege when an artist ranks first in the theme ranking.