"22nd Anniversary" Fly to the Sky. A special gift from fans. 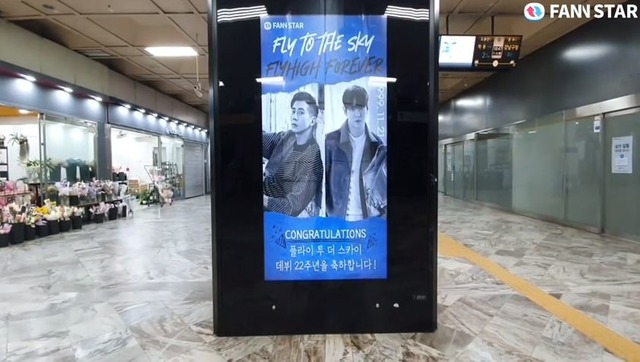 Duo Fly to the Sky received unforgettable gifts from fans to mark the 22nd anniversary of their debut.

Fan & Star released a photo of the 22nd-anniversary celebration of its debut in Fly to the Sky, which is being advertised on the CM board at Gangnam-gu Office Station in Gangnam-gu, Seoul on, November 21st. Fans of Fly to the Sky achieved the Fan & Star "electronic display advertisement" that opened on September 24th.

The advertisement will be shown on the CM board at Gangnam-gu Office Station in Gangnam-gu, Seoul from, November 15th to the 21st.