Kim Se-jeong and Jung Dong-hwan! How do you feel about collaborating with "To Me," the title track of Jang Hye-jin's 30th-anniversary album? "Too much happiness. It was a chance to look back on myself." 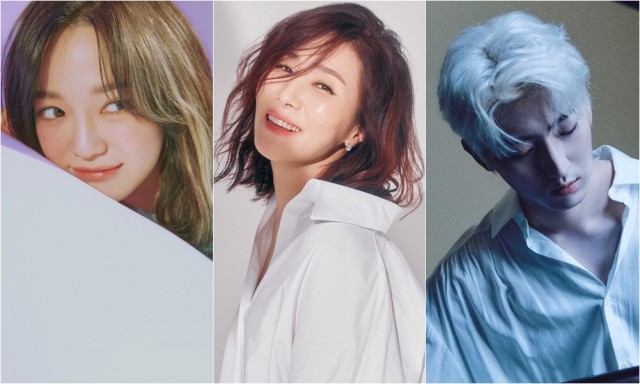 With Jang Hye-jin's 30th anniversary album "RE:main" released at 6 p.m. on November 22nd, Kim Se-jung, who participated as a duet singer for the title song "To Me," and Jung Dong-hwan, who helped with the arrangement, expressed respect and affection for Jang Hye-jin.

Kim Se-jung said, "I'm happy enough to be able to be with a great senior in the music industry, but I participated in the song of a senior that I usually enjoy listening to and respected enough to sing in the "King of Mask Singer."

Kim Se-jung expressed her gratitude, saying, “When I had a difficult time recording, I used to ask for advice, but thanks to the tips you sent me in a long message at that time, I was able to concentrate comfortably on this recording as well.” "It was a time for me to reflect on myself once more because all parts such as details, tone, and emotion are things to learn, and I promised myself that I would work even harder in the future.”