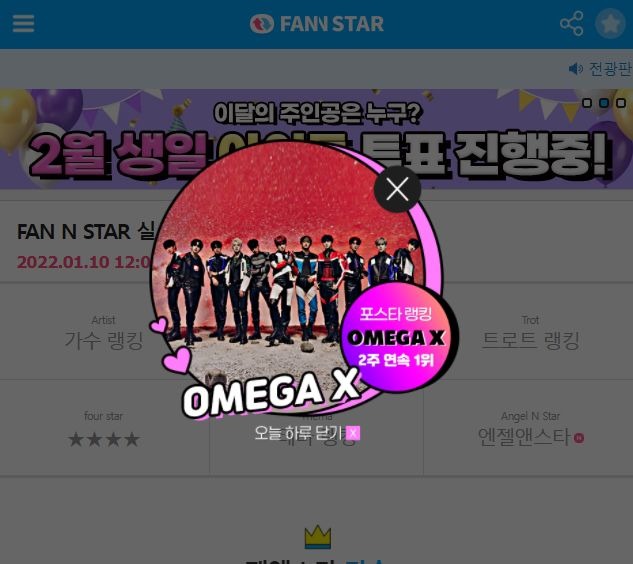 Omega X topped the POSTAR ranking vote in the first week of January of "Fan & Star," which took place from the 3rd to the 10th. ENHYPEN came in second with 95,611 votes, while ENHYPEN came in third with 75,912 votes.

"Fan & Star" will screen a congratulatory video for first place on 42 stations on Subway Line 2 if the artists win first place for five consecutive weeks in the singer rankings. In addition, if artist/s wins first place for ten (10) consecutive weeks, artist/s will enter the Hall of Fame. In particular, it provides various privileges by announcing the news of the award through electronic boards located in major centers such as Subway Line 2 and Hongdae Station.