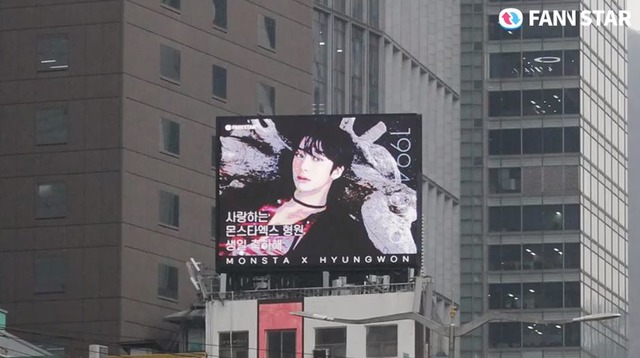 MONSTA X's Hyungwon received an unforgettable gift from fans on his birthday.

The advertisement will be screened on the electronic display board of the Myeong-dong Film Building in Jung-gu, Seoul, and the CM board of Hapjeong Station in Mapo-gu, Seoul January 10th to the 16th.