Revealed in South Korea and Japan. Birthday electronic display for Seungkwan of SEVENTEEN. 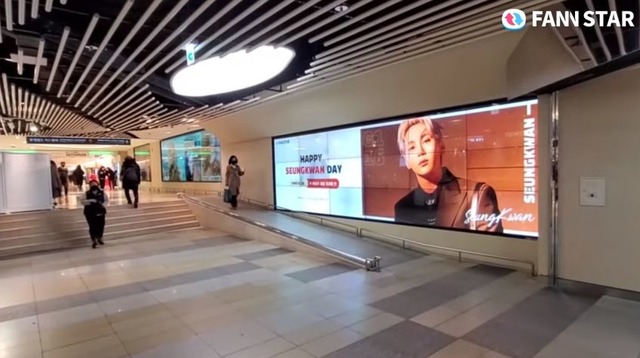 From January 10th to the 16th, the advertisement will be screened on the large electronic board at Trevi Square in Lotte Town, Jamsil, Songpa-gu, Seoul, the outside wrapping advertisement of Seoul Bus No. 273. An external wall display board at Shilla Stay Hotel in Gangnam-gu, Seoul, and an electronic display at Shinokubo, Shinjuku, Tokyo.