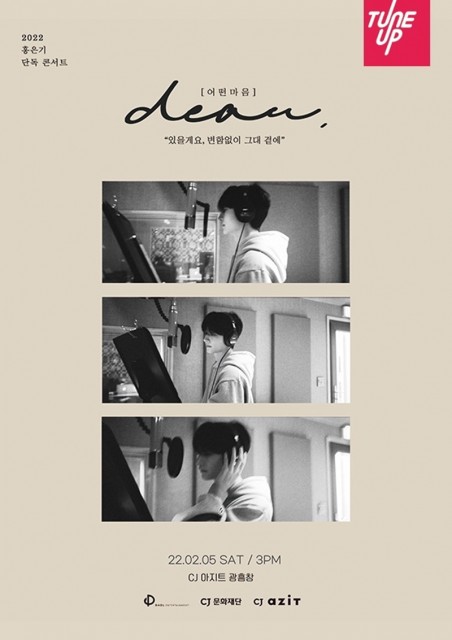 Singer and actor Hong Eunki has confirmed to hold a solo concert on the 5th of next month.

Daol Entertainment, the agency, released a performance poster on its official SNS on February 5th, announcing the news of Hong Eunki's hosting of the 2022 solo concert "Dear."

Hong Eunki's solo concert "Dear" is a solo concert held after the release of his first solo album "BLOW" in July 2019 and the online concert "EUNKI THE STAGE" in February last year, and contains Hong Eunki's precious heart and sincere consolation to fans like the title of "Dear."

With a sincere heart letter saying, "I'm clumsy, but I'll be happy to send it to you at any time if it can be a small comfort to you," Hong Eunki's sweet voice, unrivaled sensibility, and a rich stage with various episodes are expected to wrap this winter warmly.