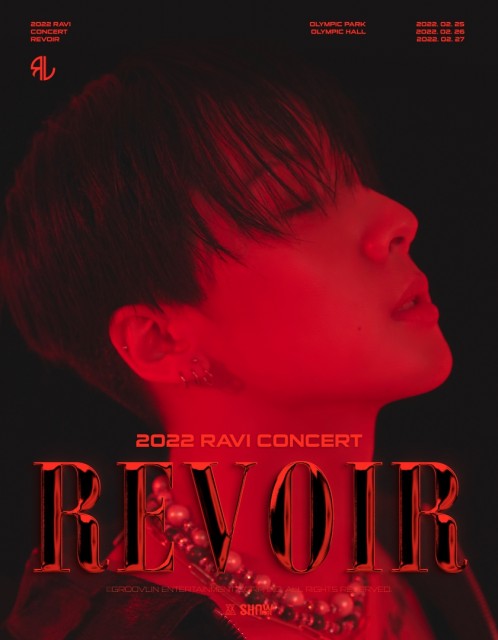 Singer Ravi will meet his fans in person with a solo concert.

At midnight on January 16th, his agency Groovlin unveiled a poster for the 2022 RAVI CONCERT-REVOIR on its official SNS and announced Ravi's hosting of the concert.

According to the released poster, Ravi will hold his fourth solo concert, "Revoir," at the Olympic Hall of Olympic Park in Bangi-dong, Songpa-gu, Seoul, for three days from February 25th to 27th.

"Revoir" drew keen attention in that it was the first concert in about two years and three months since Ravi's release of his third mini-album "LIMITLESS" in 2019.

In particular, the name of the solo concert, "Revoir," means "meet each other again and reunite," raising expectations for a meaningful "reunion" between Ravi and fans.