Jeon Yujin smiles with the trophy of "Fan & Star." She is getting prettier. 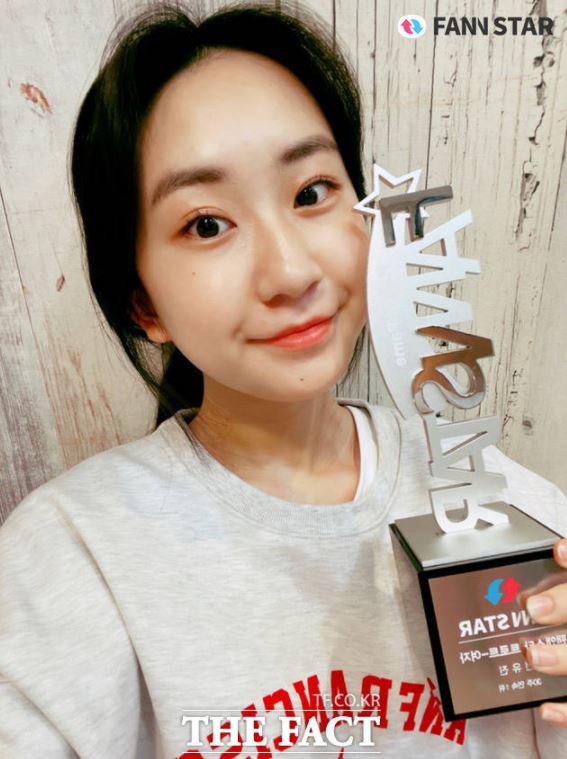 On January 20th, Fan & Star released a photo of Jeon Yoo-jin, who received the trophy. In the released photo, Jeon Yujin is smiling with a trophy. In particular, she captivated the hearts of fans with her white skin and big eyes without defects.
Jeon Yujin topped the "Fan N Star" trot women's rankings for 30 consecutive weeks from the first week of March last year to the second week of November 2021. The trophy was delivered, and the news will be screened later on the electronic display. Detailed schedules will be announced through the Fan N Star notice.
She also showed the aspect of a trot rising star by winning the most votes as a trot female singer at the "The Fact Music Awards" held on October 2nd last year.