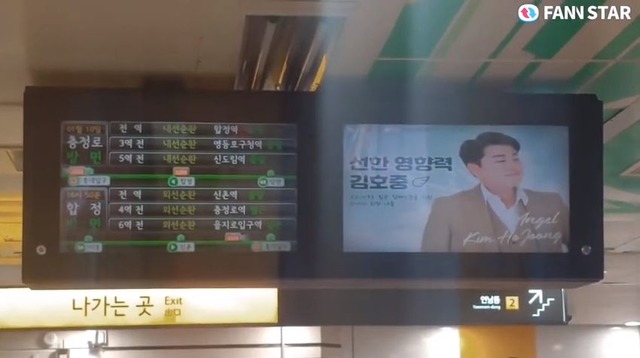 The advertisement will be shown on the waiting room electronic display at 42 stations on Seoul Subway Line 2 from January 17th to the 23rd.