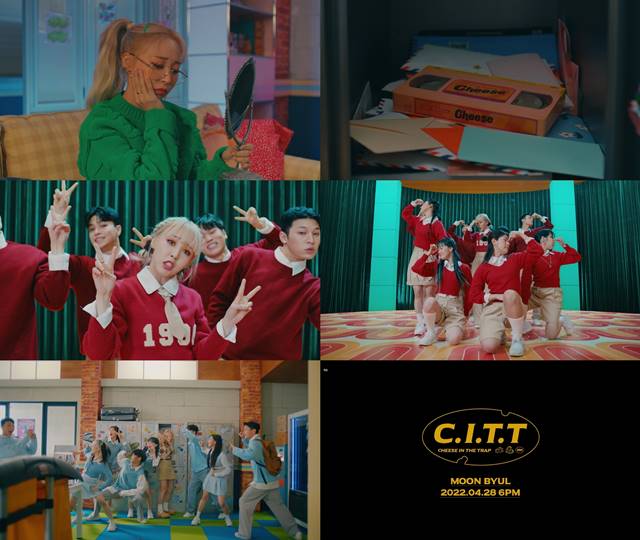 MAMAMOO's Moon Byul released a teaser for her new music video, raising the heat of her comeback to the highest level.

The released video begins with Moon Byul finding a cheese video in the cabinet. She showed off a refreshing beauty with a preppy look and turned into a charismatic rock star, drawing attention in a variety of moods.