BLACKPINK's "How You Like That" choreography video hit 1.1 billion views 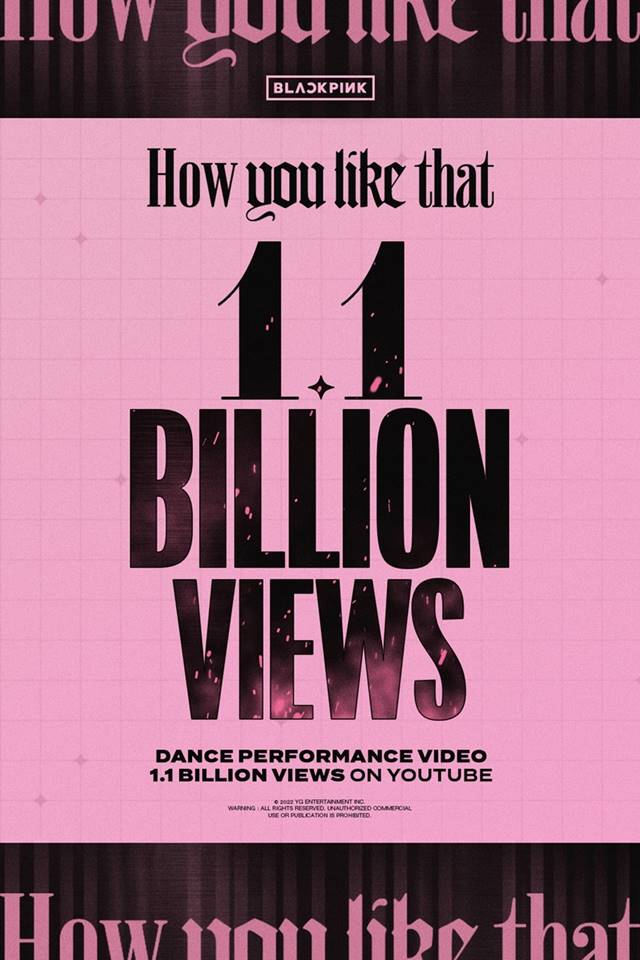 It is the first time in about a year and 10 months since the video was released on July 6, 2020, and it is the highest number of views among K-pop choreography videos.

The official music video of "How You Like That" currently has 1.09 billion views. The song won the "Song of the Summer" at the 2020 MTV Video Music Awards and topped the "Global Top Summer Song" selected by YouTube in the same year.

Meanwhile, BLACKPINK's YouTube content, which recorded hundreds of millions of views, totaled 32, with a cumulative number of views reaching 23.5 billion.