LIGHTSUM reveals concept image of mini-album "Into The Light." 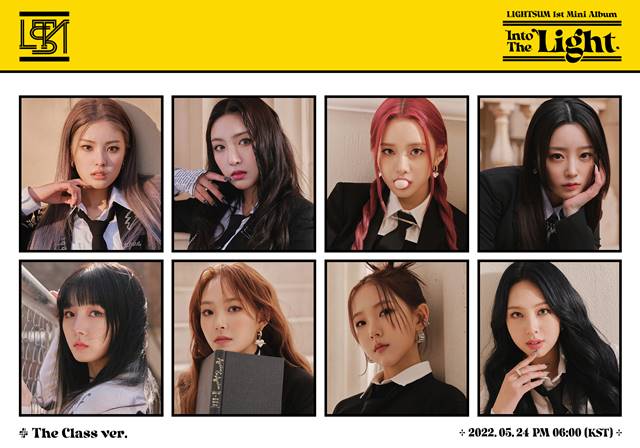 LIGHTSUM has released a concept image.

Cube Entertainment opened the first concept image of LIGHTSUM's first mini-album, "Into The Light," on LIGHTSUM's official SNS channel at midnight on May 11th.

In the released image, eight members with chic and funky school look styling show off their individuality, attracting attention. Fans are paying keen attention to LIGHTTSUM's unique transformation, which has shown off its fresh and lovely charm.

LIGHTSUM, which took its first step in the music industry with its debut single "Vanilla" in June last year, announced its successful debut with the enthusiastic attention and love of K-pop fans at home and abroad.