THE BOYZ confirms their first world tour, "THE B-ZONE," will be held in Jakarta and Bangkok 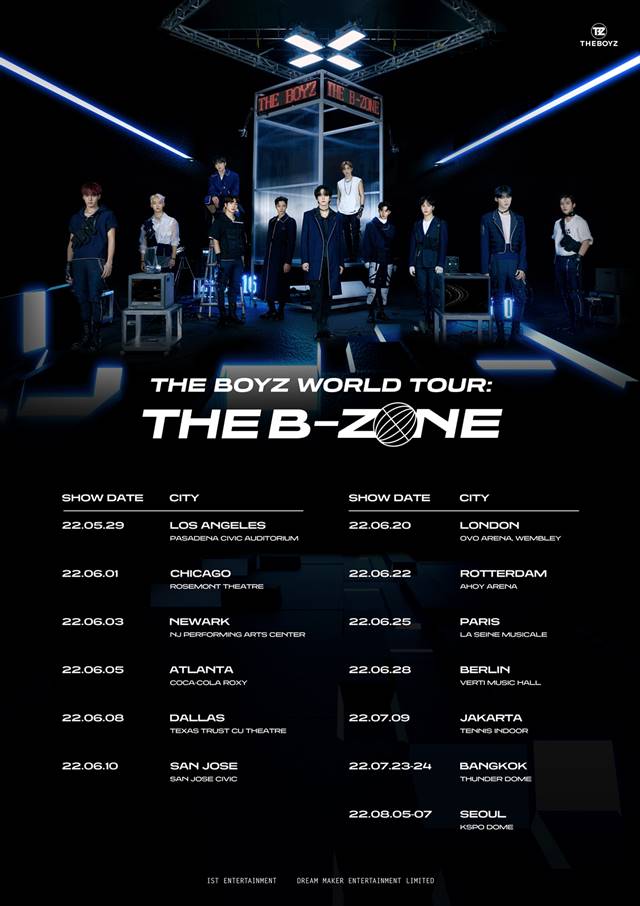 The group THE BOYZ has confirmed additional performances in Asia as they are performing their first world tour.

THE BOYZ's agency, IST Entertainment, said, "THE BOYZ WORLD TOUR: THE B-ZONE," THE BOYZ's first world tour, which will start in May, has added performances in Jakarta and Bangkok to confirm its hosting in a total of 13 cities around the world."

The world tour will start with Los Angeles on May 29th, followed by Chicago on June 1st, Newark on the 3rd, Atlanta on the 5th, Dallas on the 8th, and San Jose on the 10th. It will also continue its massive tour schedule covering all of the Americas, Europe, and Asia from four European cities, including London on June 20th, Rotterdam on the 22nd, Paris on the 25th, and Berlin on the 28th, to Jakarta on July 9th and Bangkok on the 23rd and 24th.