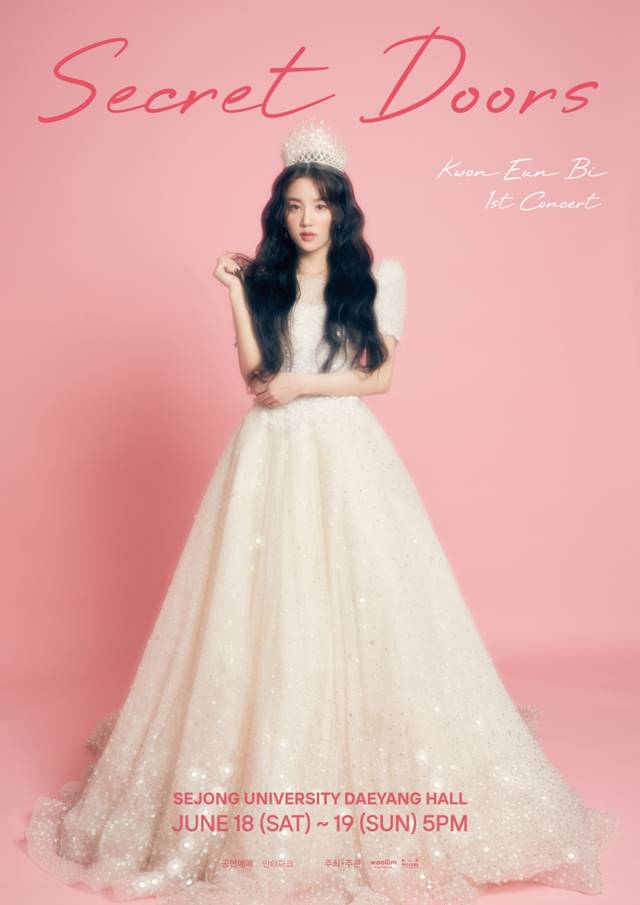 Woollim Entertainment, the agency, unveiled the third poster of the 2022 Kwon Eun-bi First Concert "2022 KWON EUN BI 1st CONCERT "Secret Doors" on its official SNS at noon on May 13th.

The pink poster, which creates a bright atmosphere, drew the attention of Kwon Eun-bi, who matched her colorful shiny dress with a crown, giving off lovely charm with her fairytale-like visual.

"Secret Doors," which means "a secret door opened by Kwon Eun-bi and fans together," is receiving enthusiastic responses from fans. It's Kwon Eun-bi's first solo concert in about a year since her debut as a solo artist in August last year.

As it is her first solo concert since her solo debut, Kwon Eun-bi will present fans with a special time that will be unforgettable with various performances and communication, including a high-quality stage with various colors and colorful performances.