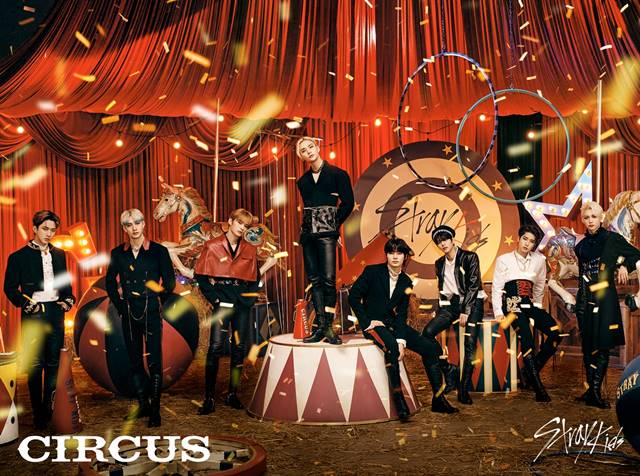 Stray Kids will release a new mini-album in Japan on June 22nd and show a global trend.

"CIRCUS," a Japanese mini album to be released on June 22nd of next month, includes the title songs of the same name, "Fairytail," "Your Eyes," and the title song "MANIAC," "Spider Line," and "NOEASY" six Japanese track).

Through the jacket image of the new album released earlier, Bang Chan, Lee Know, Changbin, Hyunjin, Han, Felix, Seungmin, and I.N dominated the eyes with their unique atmosphere and charisma in front of the circus curtain and stimulated the curiosity of many fans.