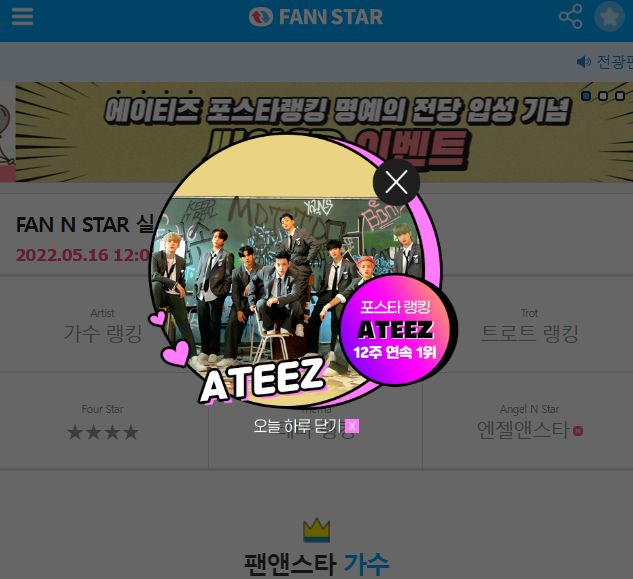 Group ATEEZ has been in the Hall of Fame for 12 consecutive weeks, ranking first in the Fan N Star FOUR Star Ranking.

"Fan N Star" will give various perks if artists top the FOUR STAR rankings for five weeks and ten consecutive weeks. Depending on the cumulative number of votes, various benefits such as screening electronic displays and entering the Hall of Fame are provided.