Kim Yeon-kyeong wins "The Sports Star that captured our heart" 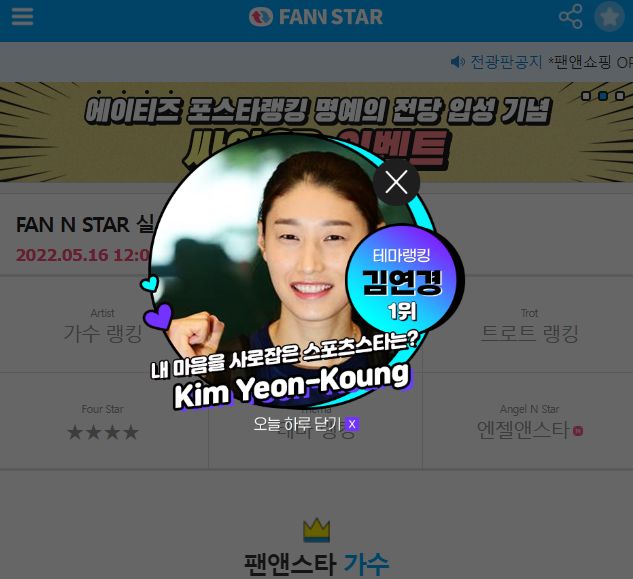 "Fan N Star" will hold a month-long advertisement for the Seoul Bus No. 273 bus as a privilege if the artist ranks first in the theme rankings. Kim Yeon-kyeong's privilege runs from May 23rd to June 22nd.