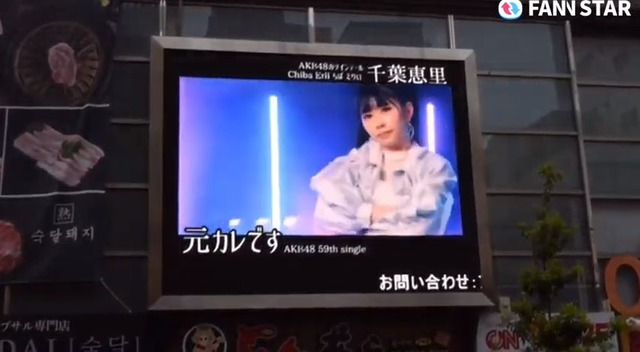 Singer Asai Nanami received an unforgettable gift from fans for her birthday.

Fan N Star released a photo of Nanami Asai's birthday event, which is being advertised on the electronic display board of Shin Okubo in Shinjuku, Tokyo, on May 20th. Asai Nanami's fans achieved Fan N Star's "electronic billboard advertisement," which opened on April 22nd.

The advertisement will be held on the Shin-Okubo electronic display board in Shinjuku, Tokyo, from May 16th to the 22nd.