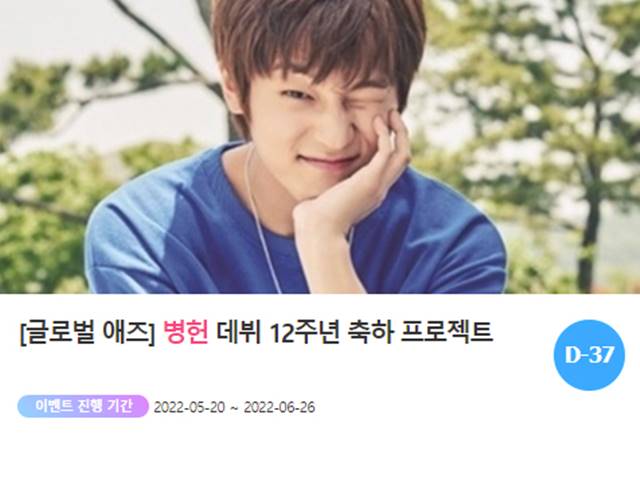 Fan N Star, an idol weekly ranking site, has been holding a surprise support event since May 20th to celebrate the 12th anniversary of Byung-hun's debut. It is a global fan sentiment project where advertisements celebrating his debut are posted in various places.

The project to celebrate the 12th anniversary of Byung-hun's debut will be confirmed to be successful by the number of rainbow stars (points that can be collected on the site) donated by fans. If more than 20,000 stars are gathered, congratulatory advertisement will be held.

When the number of stars reaches 20,000, a congratulatory video will be on the CM board of Hapjeong Station on the Seoul Subway. When 55,000 stars are gathered, a congratulatory video will also be shown on the Shin-Okubo electronic display board in Shinjuku, Tokyo. In addition, super-special gifts such as the Hongdae M screen, Jamsil large digital electronic display board, and Seoul bus advertisements are prepared.