BTS Ranked No. 1 on "Fan N Star" for 3 consecutive weeks 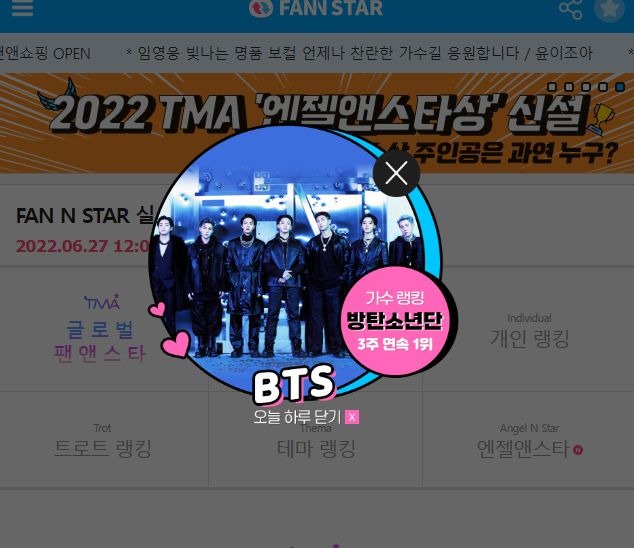 "Fan N Star" will screen a video to celebrate the first place on the electronic display boards of 42 stations on Subway Line 2 if the artist/s ranks first for five consecutive weeks in the singer's ranking. Artist/s will also enter the Hall of Fame if artist/s win first place for 10 consecutive weeks. In particular, various perks are provided by announcing the news of the award through electronic displays located in major centers such as Subway Line 2 and Hongdae Station.