Cha Hun (N.Flying) shines on electronic billboards in Japan on the occasion of his birthday. 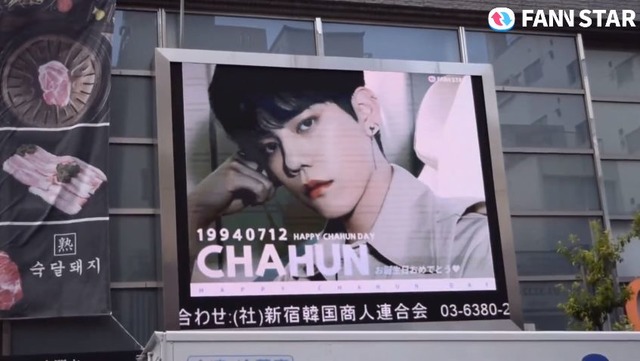 Source: Fan N Star
On the occasion of Cha Hoon's (N.Flying) birthday, the band received an unforgettable gift from fans.
On May 12, Fan N Star released a photo of the birthday event of Cha Hoon - who is advertising on the Shin Okubo billboard, Shinjuku, Tokyo. Cha Hoon's fans have achieved "electronic billboard advertising" to be opened on June 10.
Advertising will be conducted on the Shinokubo billboard, Shinjuku, Tokyo from 11th to 17th