On the 31st, BTC TMA announced the 3rd lineup... Solo singers representing many genres were present.

[The Facts | [Reporter Jeong Byeong-geun] Male solo artists who represent each genre in the music industry, such as Hwang Chi-yeol, Kang Daniel, Kim Ho-jung, and Young-tak, are joined in '2022 The Fact Music Awards (TMA).'

On the 31st, the organizers of 'THE FACT MUSIC AWARDS (TMA)' announced, "Singers Hwang Chi-yeol, Kang Daniel, Kim Ho-jung, and Young-tak have been named in the third lineup of "2022 The Fact Music Awards." Hwang Chi-yeol and Kang Daniel have a long relationship with 'The Fact Music Awards,' and Kim Ho-jung and Young-tak work together for the first time.

Hwang Chi-yeol's 4th mini album 'By My Side,' released in May, topped the iTunes album charts in Hong Kong, Malaysia, and Singapore, and the title track 'Why?' Climbed to the top of major domestic music charts, including No. He is showing off his singing ability and presence that matches the complement of 'Prince of Asia.'

Kang Daniel's first full-length album 'The Story,' released in May, has climbed to the top of iTunes album charts in more than 20 countries, including Japan. In June, he demonstrated his global influence by performing on a special stage on the popular NBC talk show 'The Kelly Clarkson Show,' in the US. Recently, he completed his first solo concert after his solo debut.

Kang Daniel has a deep connection to 'The Fact Music Awards.' In 2019, when he made his fresh start as a solo member of boy group Wanna One, he won in the categories of Fans' Choice & Star-Personal and Votes- The most individual, and also won the 'Artist of the Year' award for two consecutive years in 2020 and 2021, showing that he is the best male solo singer in Korea. As regular albums achieved good results, attention is focused on whether they will receive the award for the third year in a row.

Kim Ho-Jung released the 2nd long-running classic film 'PANORAMA', which was released in July after canceling the summoning and showed the side of a comprehensive person regardless of genre. Ho-jung Kim, who has a strong fandom, is also showing her presence in the fan and star category. Kim Ho-jung, who will be holding a solo concert from September 30 to October 2, is looking forward to seeing what stage he will show on at the '2022 The Fact Music Awards'.

Young Tak released his first full-length album 'MMM' in July after about 17 years of debut. He not only recorded 12 songs in various genres, but also participated in writing, composing, and arranging 9 of them. He is also expected to present a special stage at '2022 The Fact Music Awards.'

Hwang Chi-yeol, Kang Daniel, Kim Ho-jung, and Young-tak, who have continued their outstanding musical activities based on different genres, are expected to make the '2022 The Fact Music Awards,' become more colorful. 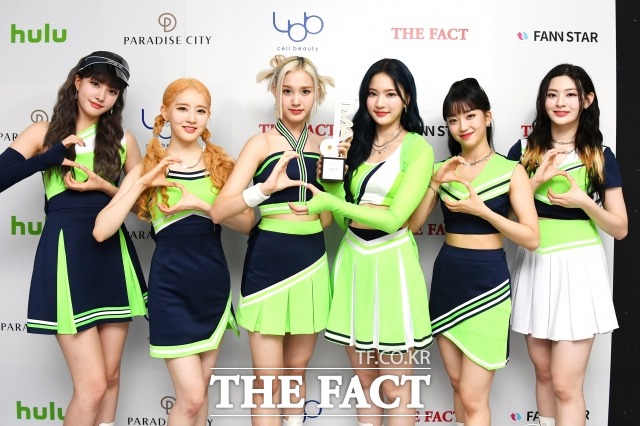 'The Fact 2022 Music Awards,' will be held live for the first time in three and a half years, after being invited to an award ceremony and music festival hosted by K-pop artists and fans grave together. With the slogan 'SHIPPING FOR ARTISTS, FEELING FOR THE OVER', I hope that K-POP artists and fans will be given a bright aura and colorful joy.

Previously, '2022 The Fact Music Awards' was held at THE BOYZ, ITZY, TOMORROW X TOGETHER, IVE, Stray Kids, (G)I-DLE, Kep1er, Le. It was announced that eight teams of LE SSERAFIM will appear, and four more solo male singers representing each genre have been added. It is sparking interesting predictions from Hallyu fans about which other teams will join in the future.

At the 'The Fact Music Awards 2021,' held last October, BTS won 5 awards, including the grand prize, and Young-woong Lim won 3 awards, including the male category. The singer with the most votes from Fan N Star, 12 teams were chosen as Artist of the Year: BTS, Seventeen, Super Junior, Itzy, N Hyphen, Brave Girls, ATEEZ, The Boyz, Stray Kids, Astro, Oh My Girl, and Tomorrow by Together.

'2022 The Fact Music Awards,' which is finalizing an epic lineup, will be held on October 8 at KSPO DOME (Olympic Gymnastics Stadium) in Seoul.