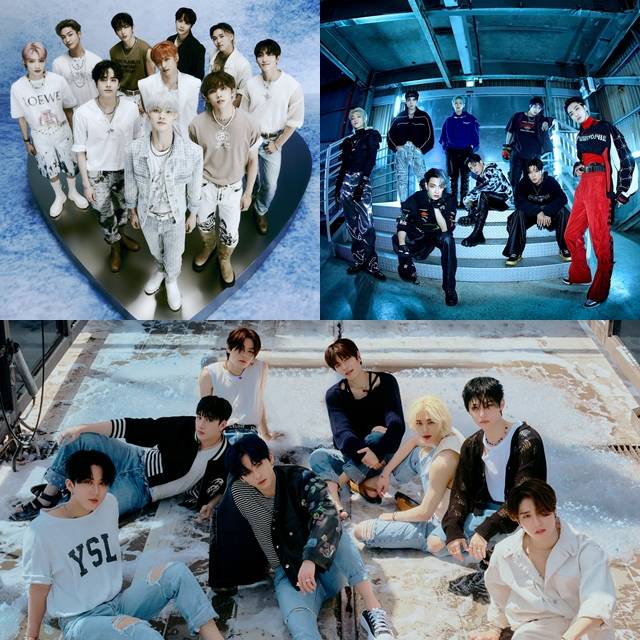 Source: Provided by each company
[The Fact ｜ Reporter Park Ji-yoon ] The groups THE BOYZ, Stray Kids, and ATEEZ, also known as 'Zuzz,' will shine at this year's 'The Fact Music Awards' just like last year.
2022 THE FACT MUSIC AWARDS (TMA), loved by music fans oversea, will be held on October 8 at Olympic Gymnastics Stadium in Songpa-gu, Seoul. The top 20 global artists representing Korea and 26 actors and models working in various fields such as entertainment, movies, and dramas have confirmed to attend as hosts and MCs.
Among them, we looked at the global activities of The Boyz, Stray Kids, and ATEEZ, who grew up with 'The Fact Music Awards.' 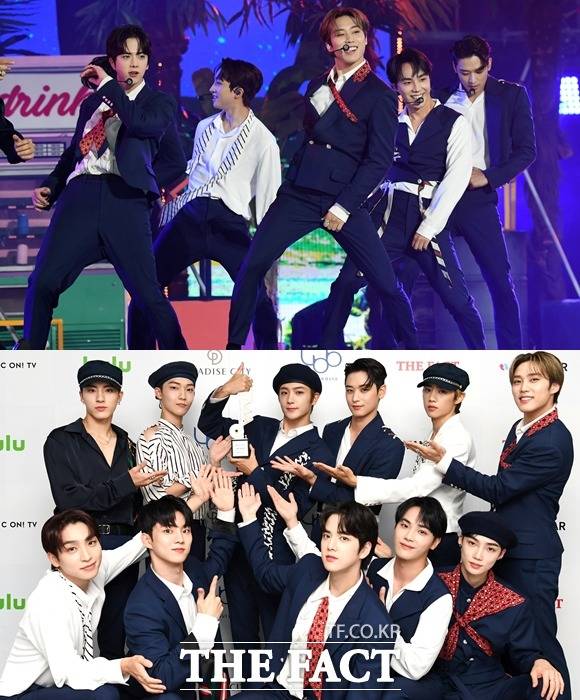 Source: The Fact DB
First, The Boyz, who won 'Artist of the Year' at '2021 TMA,' held their first world tour, 'THE BOYZ WORLD TOUR: THE B-ZONE,' in 5 years' debut showing maturity. Boyz, who kicked off his world tour in Los Angeles on May 29, has expanded his activities globally by interacting with local fans in 11 cities in the Americas, Europe, and Asia.
Following that, The Boyz, who held an encore concert in Seoul in August and successfully wrapped up their approximately three-month world tour, entered KSPO DOME, 'the stage of idol dreams,' and recorded 'all seats sold out,' with a total of 24,000 attendees over 3 days mobilize audience.
Boyz, who have been active since the release of their 7th mini-album "BE AWARE" on the 16th, with their comeback and title track "WHISPER," topped the music, album, global chart ranking, and music program '-kill' and left another meaningful record. Here, the music video climbed to the top of YouTube's trending worldwide, further cementing its dominance. 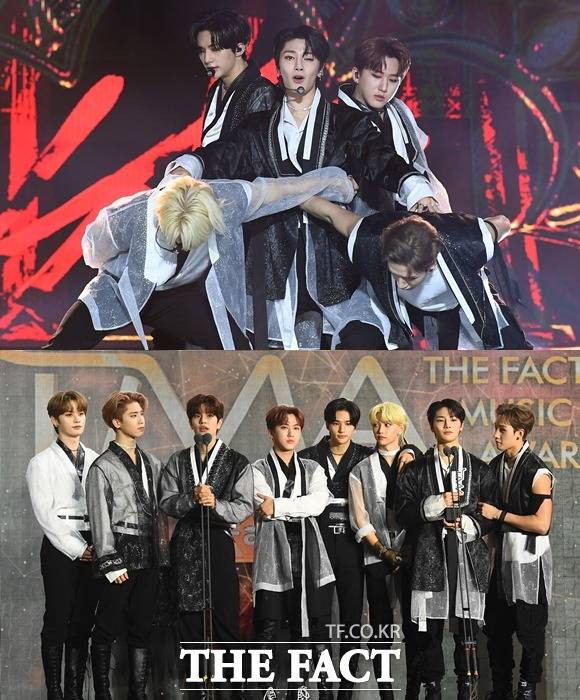 Source: The Fact DB
Stray Kids, who had their first relationship with 'The Fact Music Awards' by proudly making the 'Next Leader' list at 'TMA 2018', has confirmed to attend the awards ceremony for the fifth year in a row. This year, Stray Kids featured on several global charts, demonstrating an upgraded presence.
With the mini album 'ORDINARY' released in March, Stray Kids entered the US Billboard main chart 'Billboard 200' and showed the potential to become the third K-pop artist to top the Billboard main chart.
In addition, according to the Recording Association of Japan announcement on the 9th, Stray Kids' 2nd mini album 'CIRCUS' released in June, has achieved cumulative sales of 250,000 copies and certification. Platinum gold plate. With this album, they topped the Oricon Daily Album Chart on June 21 and achieved sky-high results on weekly global charts such as the Top Album Sales Chart of Billboard Japan (06.20-06.26), Hot Albums Chart, and '100 Artists.' 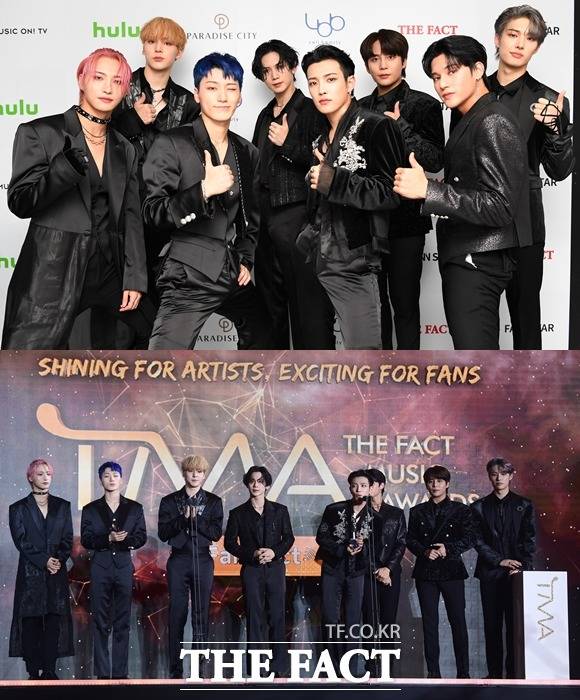 Source: The Fact DB
ATEEZ, which has grown from 'Global Hottest' in 2020 to 'Artist of the Year' in 2021 and growing with 'The Fact Music Awards', has achieved remarkable results thanks to its efforts nonstop.
After a successful world tour in the first half of this year, ATEEZ's 8th mini album 'THE WORLD EP.1: MOVEMENT,' released on July 29, released 930,000 copies in its first week (one week) after release.) 1 million copies, achieving the feat of becoming the first million-seller in their initial release.
With this album, ATEEZ entered the 3rd position of the Billboard 200 on the main US Billboard album chart and entered a total of 6 Billboard charts, showing their strength. Here, with the title song 'Guerrilla,' he won 6 music shows and won the 'Career High' award. Starting with Seoul in October, ATEEZ will hold their world tour 'THE FELLOWSHIP: BREAK THE WALL' in the second half of 2022, a total of 13 times in 9 cities abroad, to continue the global momentum.
Boyz, Stray Kids, and ATEEZ, each of which proved their dazzling performances with their first world tour, topping the Billboard 200 and selling millions, are planning to hold the '2022 The Fact Music Awards' by performing on a stage like a 'performance restaurant.'

Source: Provided by TMA Organizing Committee
'2022 The Fact Music Awards,' the music festival and awards ceremony that K-pop artists and music fans oversea created together, will be held live for the first time in three years and a half since the invitation. The slogan 'SHINING FOR ARTIST, EXCITING FOR FANS' is expected to bring glorious glory and colorful joy to K-POP artists and fans.
The Boyz, ITZY, Tomorrow x Together, Ive, Stray Kids, (G) I-DLE, Kepler, Le Seraphim, Hwang Chi-yeol, Kang Daniel, Kim Ho-jung, Young-tak, ATEEZ, Treasure, TNX, New Genes, Psy, Lim Young-woong, NCT Dream, BTS confirmed to attend. The best teams representing K-pop will set up a unique and splendid stage that can only be seen at the '2022 The Fact Music Awards'.
'2022 The Fact Music Awards', which completes the 'dream lineup,' will be held on October 8 at KSPO DOME (Olympic Gymnastics Stadium) in Seoul. The red carpet event begins at 4:30 pm, and the awards ceremony starts at 6:30 pm. It can be viewed offline as well as via the 'Idol Plus' mobile platform, a specialized idol platform, and the PC web.