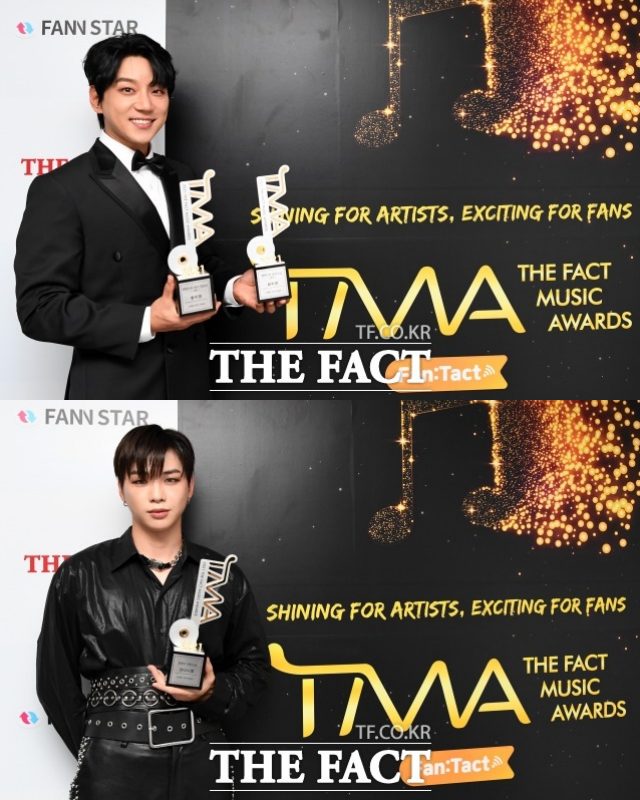 Source: The Fact DB
[The Fact ㅣ Reporter Kim Saet-byul ] Singers Hwang Chi-yeol and Kang Daniel, who participated in 'The Fact Music Awards,' are ready to compete in the '2022 The Fact Music Awards'. Since the two have made a comeback in the music industry this year, there is a lot of expectation on stage that they will warm up the audience.
'2022 THE FACT MUSIC AWARDS (TMA)', loved by music fans abroad, will be held on October 8 at the Olympic Gymnastics Stadium in Bangi-dong, Seoul. The top 20 global artists representing Korea have confirmed their appearance, and the line-up alone is attracting attention.
Among them, attention is focused on Hwang Chi-yeol and Kang Daniel, the two best male solo singers, who have a long relationship with 'The Fact Music Awards.' 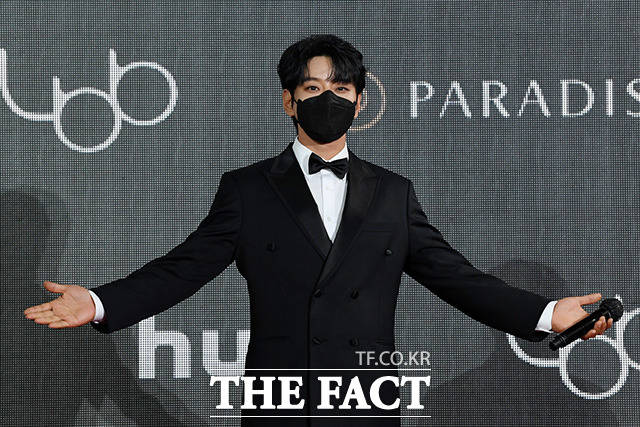 Source: Reporter Bea Young-han
First, Hwang Chi-yeol, a singer suitable for the title of 'Prince of Asia', will attend 'The Fact Music Awards' in 2022 and shine. Hwang Chi-yeol topped iTunes album charts in 4 Asian regions, including Hong Kong, Malaysia, and Singapore, with mini-album vol.4 'By My Side' released in May. It climbed to domestic music charts, including No.1 on the leaderboard. 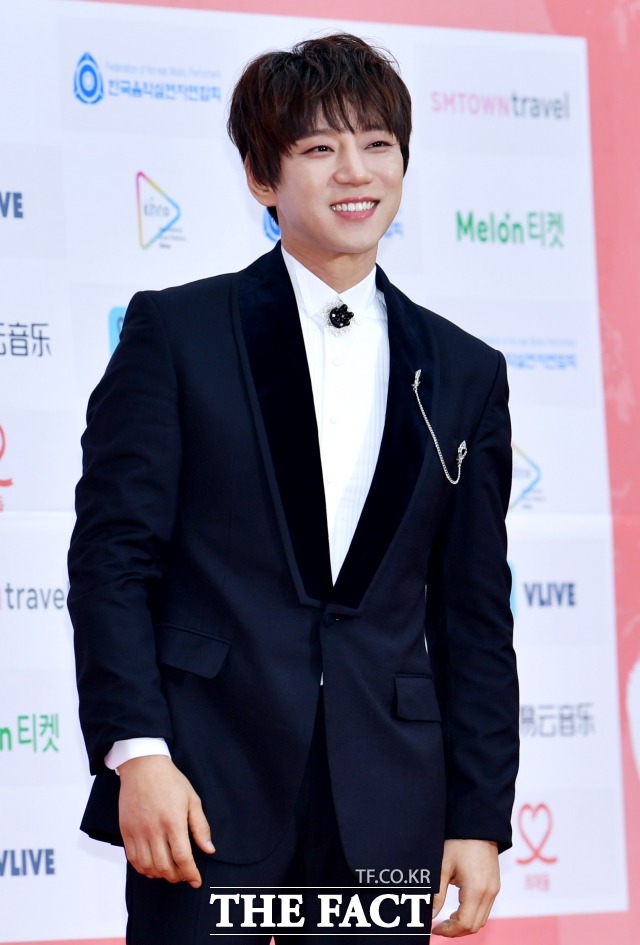 Source: The Fact DB
Attention also focused on Hwang Chi-yeol's performance at the '2022 The Fact Music Awards'. This is because Hwang Chi-yeol is sweeping the fan and star category, which is decided by fan votes just by appearing. Starting with winning the Fan N Star Choice Award - Individual, Most Voted Individual in 2020, he succeeded in winning two awards for the second year in a row when he won the most votes. Best for Solo category, Fan N Star Choice Award - Solo in 2021.
It is noteworthy how many trophies Hwang Chi-yeol will win at this time's '2022 The Fact Music Awards,' he is still expanding her presence in Asia through stable activities based on her singing ability to his matchless. 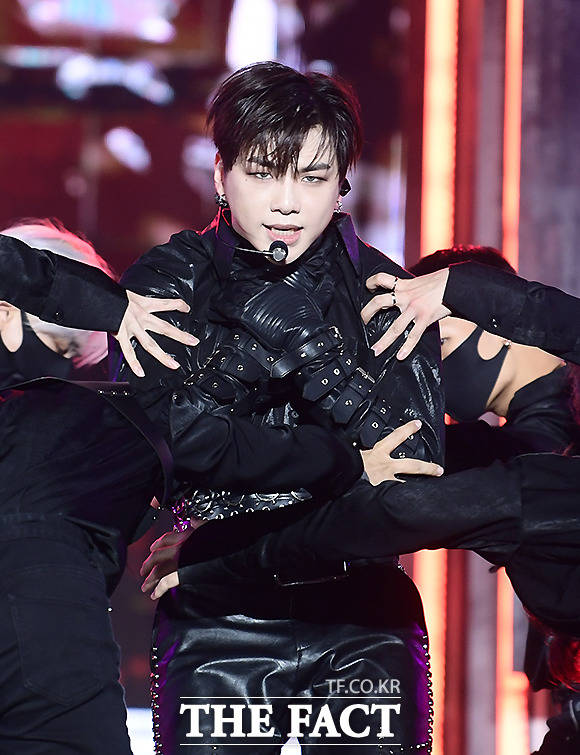 Source: Reporter Lee Sae-rom
Kang Daniel also climbed to the top of iTunes album charts in 20 countries, including Japan, with his first full-length album, "The Story," released in May. In particular, in June, he made an appearance on NBC's hit talk show 'The Kelly Clarkson Show' and performed on a special stage, proving her global influence. At that time, Daniel Kang made a strong impression on overseas fans with a vocal harmony with a large-scale fireworks display based on the overwhelming scale of the stage. 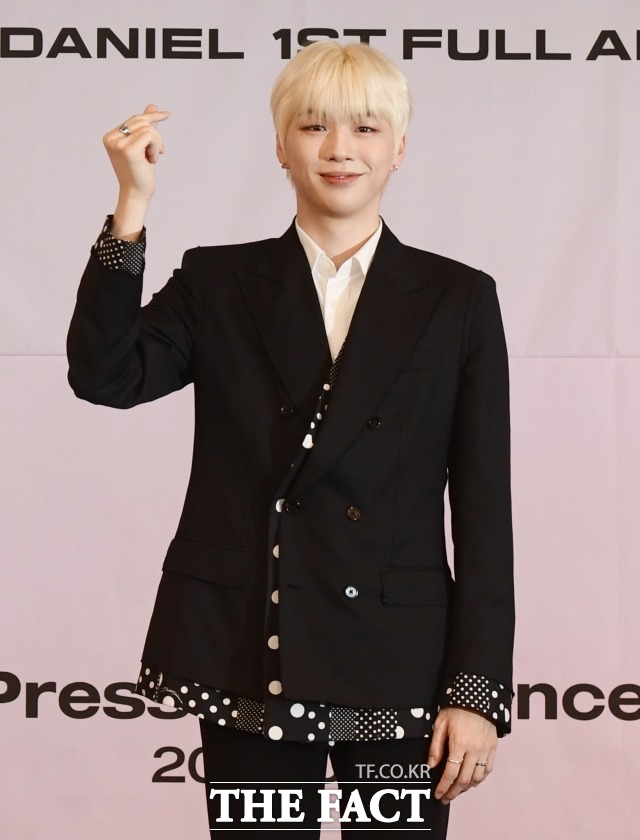 Source: The Fact DB
Kang Daniel also has a deep connection to 'The Fact Music Awards'. He was awarded the Individual award by Fan N Star and the most voted individual category immediately in 2019 when he made a fresh start as a solo member of the group Wanna One. He then won the 'Artist of the Year Award' for two consecutive years in 2020 and 2021, proving himself as the best male solo singer in Korea.
Daniel Kang, who has a large fandom in Korea and abroad, recently completed his first solo concert. Therefore, people have high expectations for Daniel Kang, who will decorate the stage of '2022 The Fact Music Awards' with a more mature appearance. Attention focused on whether Kang Daniel has achieved good results with his regular album and solo concert this year. Will he win Artist of the Year for the third year?

Source: Provided by TMA Organizing Committee
'The Fact Music Awards 2022', an awards ceremony and music festival conducted by K-pop artists and music fans abroad, will be held live for the first time in three years and a half since receiving the invitation. With the slogan 'SHINING FOR ARTISTs, EXCITING FOR FANS,' it's the aspiration to bring aura and colorful joy to K-POP artists and fans.
The Boyz, ITZY, Tomorrow x Together, Ive, Stray Kids, (G) I-DLE, Kepler, Le Seraphim, Hwang Chi-yeol, Kang Daniel, Kim Ho-jung, Young-tak, ATEEZ, Treasure, TNX, New Genes, Psy, Lim Young-woong, NCT Dream, BTS confirmed to attend. Above all, the best teams representing K-pop will set up a special and colorful stage that can only be seen at the '2022 The Fact Music Awards'.
'2022 The Fact Music Awards,' considered the best lineup of all time, will be held on October 8 at KSPO DOME (Olympic Gymnastics Stadium) in Bangi-dong, Seoul. The red carpet event will begin at 4:30 pm, and the awards ceremony will at 6:30 pm. It can be viewed online as well as on the idol-specific platform 'Idol Plus' for mobile devices and PCs.