Fashion magazine, taking the image to represent the romance manga...There is no limit to the concept of the new album

Trend magazine (TRENDZ) has released the final concept photo and heralded the best new single ever. 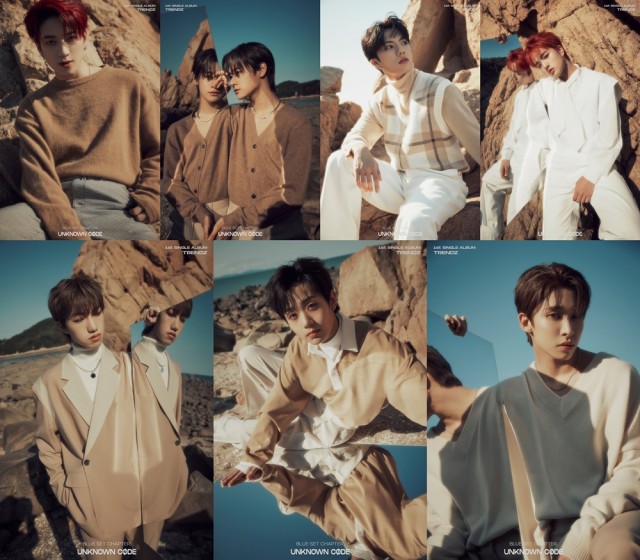 Photo: Global H
At 0:00 (KST) August 8, trending magazines (Highlight, Leon, Yoonwoo, Korea, Rael, Eunil, Yechan) officially announced the concept photo C for the new single "Blue Set Chapter". UNKNOW CODE and officially starting the countdown to the comeback date.
In the published concept photo C, Trends magazine perfected the romance comic's visuals with a brown and white style that exudes autumn emotions. Besides, the male singer also showed diverse charm with strong eyes and expressions.
In particular, in the previously announced concepts A and B, if you show your seductive charm through the dark charm as well as the city atmosphere and all-black style, Concept Photo C has shown its ability. Unlimited concept expression.
Trend magazine's new single "Blue Set Chapter" has stirred a comeback with such an emotional concept. UNKNOW COD is an album that tells the new direction and story of the trend that the group finally achieved in 3 songs: VAGABOND, One Way to Go and Breakdown.
In particular, members Rael and Korea participated in writing lyrics for the entire song, while Yechan participated in writing lyrics for the entire song except for VAGABOND. Besides, musician-producer LEZ - who has produced albums of many artists such as ATEEZ, Dreamcatcher, Younha, MC Mong, FT Island, Infinite, N.Flying, Lovelyz - is attracting warm expectations. about new news.
On the other hand, the trending magazine that will ignite the new breeze of K-POP will start its leap with the new single "Blue Set Chapter". UNKNOW CODE at 6 pm (KST) the 12th.