The channel's name is Cha Eun Woo... The first teaser was announced on the 21st. 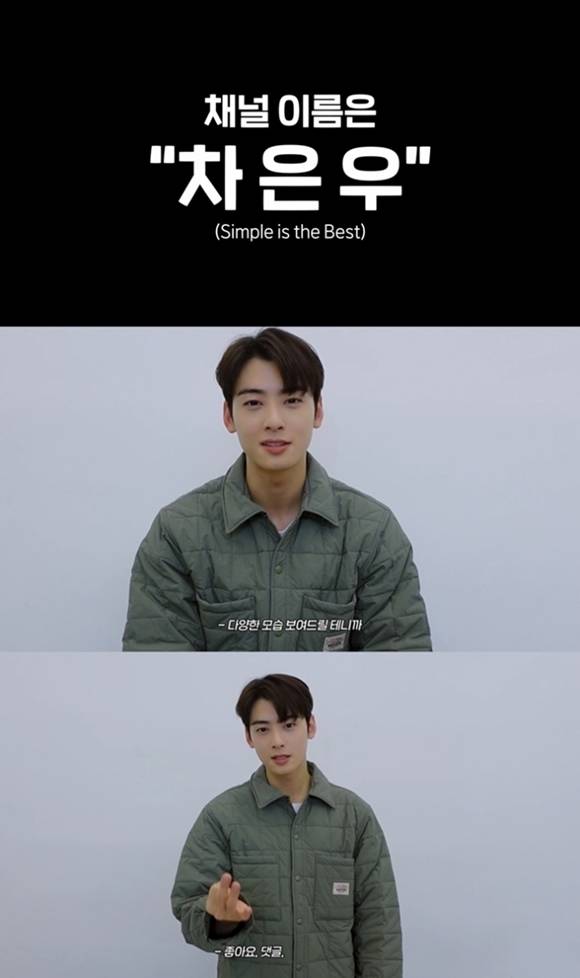 At 0:00 (Korean time) on the 21st, Cha Eun Woo opened a new YouTube channel. Besides, the first teaser video containing Cha Eun Woo and the staff meeting attracted the attention of the public.

First, Cha Eun Woo started naming the channel. After weighing between 'Eunwoo and ChaChaCha' and 'Cha Eun Woo', he decided to choose 'Cha Eun Woo' which is the same as his name. He then shared, "I'll show you more pictures of me later. Please watch a lot and accompany us."

Cha Eun Woo, who opened his first YouTube channel since debuting to interact more closely with his fans, has raised public expectations as he forecasts new images and attractions starting with teaser videos.

Later, Cha Eun Woo – who radiated a warm charisma when he released the photobook – received a warm reaction from fans when he became the male lead of Kakao Marionet's webtoon drama trailer.

In the first half of this year, Cha Eun Woo, who finished promoting his 3rd official album as a member of ASTRO, is expected to be active as an actor later this year. On The 16th, Cha Eun Woo's screen debut Desibel premiered, and the original series of Tving Original Island will be announced on December 12.