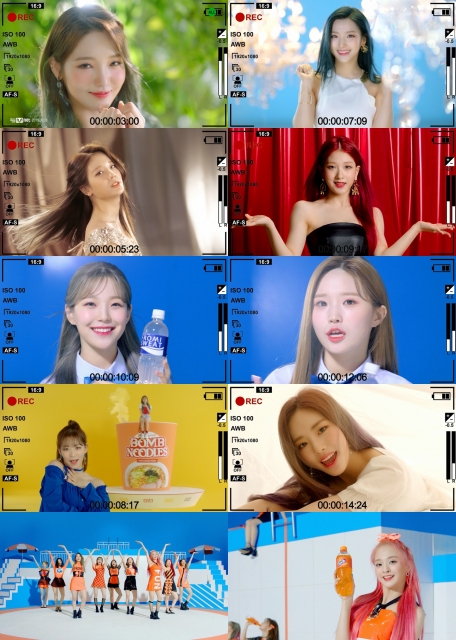 The second teaser video featuring the joyful energy of girl group Fromis_9 has been released.
Fromis_9 (Ji-sun No, Ha-young Song, Sae-rom Lee, Chae-young Lee, Na-kyung Lee, Jie-won Park, Seo-yeon Lee, Ji-hun Baek and Gyu-ri Jang) uploaded the second teaser video of the music video for their first single album "FUN FACTORY" through their official SNS account at 9 p.m. on Thursday.
In the first teaser video released earlier, the Fromis_9, which parodies various kinds of advertising videos, including cosmetics, shampoo, sports brands, and ion drinks, boasts a more cheery and refreshing look through the second teaser.
In particular, part of the choreography for the title song "Pun!" was unveiled for the first time in the second teaser video, drawing attention. A lively performance of fromis_9 is added to the chorus, which is exciting just by listening to it, making the eyes and ears of those who have tried
It is said that Digipedi, who has been with fromis_9 since his debut, is in charge of the film, and based on his non-bead color, he is said to have captured the music video as if he were actually on a commercial shooting scene, as if he were a cheerful person, and as if he was a soft drink.
Meanwhile, the first single album "Fun Factory" fromis_9, which contains the message "Let's have fun out of our boring routine," was composed of three tracks, including the title track "FUN!," "LOVE RUM PUM PUM" and "FLY HIGH."
"Pun Factory" by fromis_9 will be released at 6 p.m. on April 4, and the comeback countdown broadcast will be conducted through official V LIVE channels from 5 p.m. prior to the album's release.