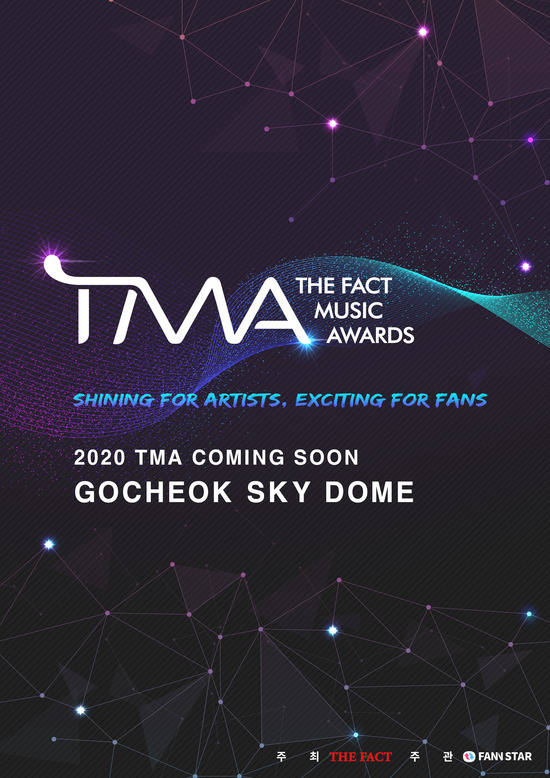 The winners of 'THE FACT' and 'Fan N Star' events are still valid until the second half of the year.﻿

While the "2020 The Fact Music Awards" will be postponed until the second half of the year to prevent the spread of COVID-19, the ticket event winners from The Facts and Fan and Star will remain eligible for the following event.﻿

An official statement from the organizing committee was released. "We apologize once again for the inevitable postponement of the event due to the spread of COVID-19. We will do our best to provide greater satisfaction at the "2020 The Fact Music Awards" to be held in the second half of the year." ﻿

There are a total of five events that maintain the winner's qualification: one "TMA" proof shot event (which will be held in May 2019), two "TMA" bingo events (from December 2019 to January 2020), roulette events and Naver subscription and notification events in February 2020. The winner of the second Bingo event was announced on Feb. 27 in a notice on “Fan N Star”, and the winner of the Naver subscription event was sent an e-mail message on the same day.﻿

The organizing committee will reconfirm the winners' intention to attend the "2020 The Fact Music Awards," which are scheduled for the second half of this year. The winners of the roulette event will be cancelled and refunded if they want a refund by rainbow. To maintain and refund qualifications, you must participate in the survey. Various ticket events will also be given at the "2020 The Fact Music Awards" to be held in the second half of this year.﻿

However, with the recent rapid spread of the COVID-19 across the country, the organizing committee went through careful discussions and decided to postpone it until the second half of the year in order to take the safety and health of the audience and artists first and to join in preventing further damage and proliferation.﻿

Those who win the event at The Facts and Fan and Star will be eligible for the second half of the year and tickets reserved via WeMep will be fully refunded. Details of this can be found on the official website.