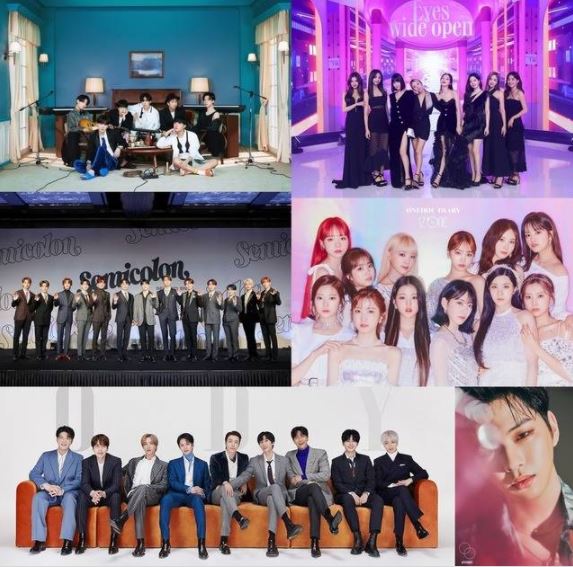 The '2020 The Fact Music Awards' attracting the expectation of K-POP fans around the world with a colorful lineup of BTS, Twice, IZONE, Kang Daniel, Monsta X, Mamamoo, Super Junior, and Seventeen, which is to be held on December 12th. It is broadcast live online and ticket reservations open at 11 am on November 13th. / Photos provided by each agency

[The Fact | Reporter Yoo Ji-hoon] Online ticket sales for the "2020 The Fact Music Awards," a grand festival that brings together K-pop fans around the world, will officially commence.

The organizing committee of the "THE FACT MUSIC AWARDS" announced on November 13th, "The sale of online live tickets for the "2020 The Fact Music Awards," which will is to be held on Dec. 12 Ontact, will be launched simultaneously in Korea, China, Japan, North and South America from 11 am Korean Standard Time.

The global online live broadcast of the "2020 The Fact Music Awards" was held thanks to the enthusiastic support of fans from around the world. After the release of the lineup of K-pop artists who are decorated with the global popularity at homesoil and abroad, fans from all over the world flooded the internet with requests for live broadcasts, and the organizing committee of the "2020 The Fact Music Awards" decided to provide regional streaming services to create a global music festival that everyone could together. 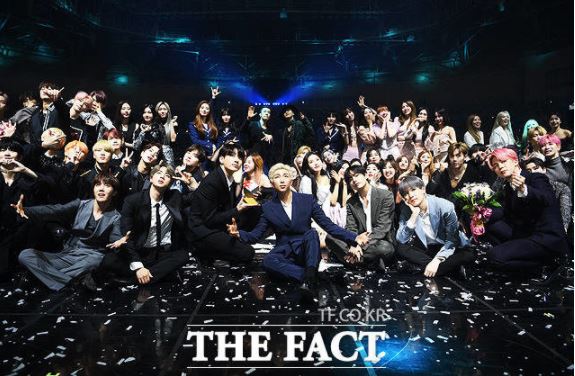 Based on the country of viewer access, you can purchase streaming tickets though Naver V LIVE and YES24 in Korea and China, NICONICO Live Broadcasting in Japan, and LIVECON in North and South America. Ticket buyers can watch the red carpet event live as well as the awards ceremony, and a replay VOD service is also provided.

Other information on streaming platforms and live viewing tickets in Europe, the Middle East and Southeast Asia will be announced later on the official website of the "2020 The Fact Music Awards" and the official FAN N STAR website.

The "2020 The Fact Music Awards," which will kick off on Dec. 12, will be held in an on-touch manner to prevent further spread of COVID19 and ensure the safety of fans and artists. In line with the subtitle "FAN:TACT," which combines "FAN" and "Ontact," it will set the stage for communication between stars and fans to become one. It is expected to bring joy to K-pop fans around the world through new and bold attempts that are completely different from previous K-pop awards show ceremonies.

The '2020 The Fact Music Awards' will be held on December 12th. Related information, such as ticket reservation schedule, award details, and judging criteria, will be released later through the newly renewed official website. / TMA management committee

Detailed information such as ticket reservation schedule, award details, and judging criteria for the '2020 The Fact Music Awards' will be revealed later through the newly renewed official website.