'2022 The Fact Music Awards (TMA)', the first round of online voting for FannStar has begun

From the 8th to the 22nd on the official FannStar website/app. 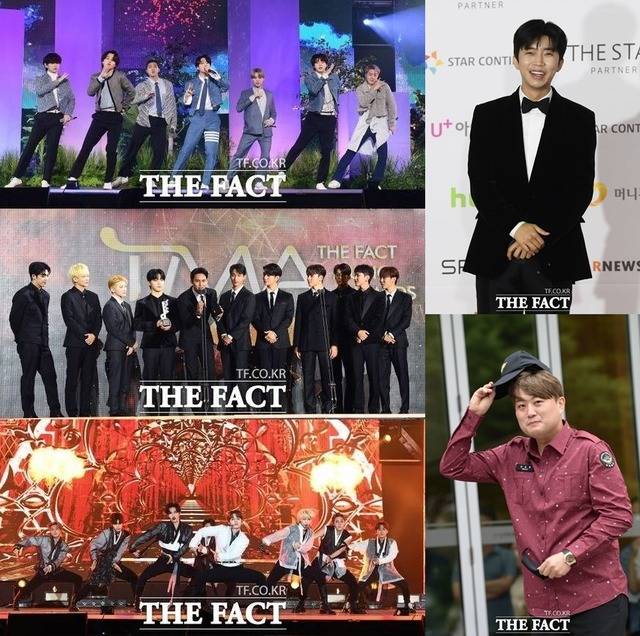 On the 8th, the organizers of 'THE FACT MUSIC AWARDS (TMA)' said, "The first online vote for '2022 The Fact Music Awards' in the FannStar category will be held for two weeks from noon today until noon on the 22nd. It will be done through the website”.

The first online voting will be held in 4 categories: 'FannStar Choice Award - Individual', 'Trot Popularity Award', and 'Best As Dot Award'. Among these, the final winner of the 'ADs Award (Best Love Award)' is determined based on the results of the first round of voting.

Voting can be done through the official FannStar website and app. You can vote for the artist you want with 'Normal Star', 'Rainbow Star' and 'Video Vote' obtained through the quest. The top 20 teams with the highest scores in the first round will move on to the second round of voting, which will take place on September 13.

The artist who won first place in the first round of voting for 'FannStar Choice Award' and 'Trot Popularity Award' will be posted a digital advertisement on the Hongdae AM board and the artist who ranked first in the first vote for 'Best ADs Award (Best Love Award)' will be posted at Max, Hongdae Station. You may receive privileges when placing digital ads in Vision. 2nd and 3rd place will also enjoy special offers such as viewing electronic display boards in concourses of 42 subway lines on subway line 2 and viewing digital posters of Gangnam CGV.

'2022 The Fact Music Awards' will be held live for the first time in three and a half years after being invited as a music awards ceremony and festival venue created jointly by K-POP artists and fans. '2022 THE FACT MUSIC AWARDS' with the tagline 'SHINING FOR ARTIST, EXCITING FOR FANS', will bring K-pop artists and fans to glory and colorful joy.

2022 The Fact Music Awards', which is continuing to heat up with official online voting, will be held on October 8 at KSPO DOME (Olympic Gymnastics Stadium) in Seoul.

At the main award of 'The Fact Music Awards 2021', BTS won 5 crowns including the grand prize and Lim Young-woong won 3 awards including the male singer category with the most votes from Fan N Star. A total of 12 teams were chosen as Artist of the Year: BTS, Seventeen, Super Junior, Itzy, N Hyphen, Brave Girls, ATEEZ, The Boyz, Stray Kids, Astro, Oh My Girl, and Tomorrow X Together.