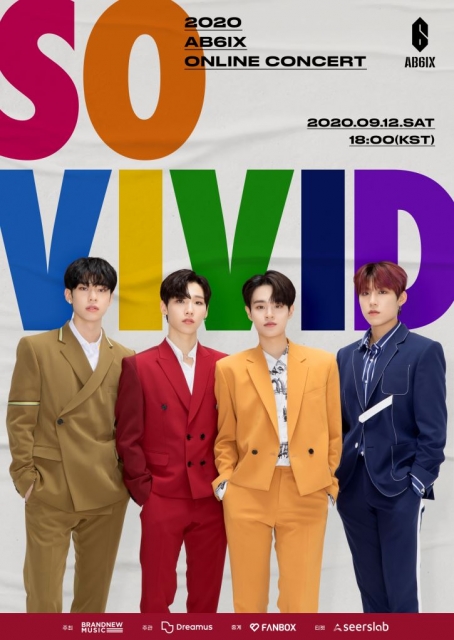 On August 25, BRANDNEW MUSIC drew attention from fans around the world by announcing on its official SNS channels that AB6IX's online concert "SO VIVID" will be held at 6 p.m. on September 12.

AB6IX's on-the-spot concert "SO VIVID," which was introduced following its second EP "VIVID" released in June, will be opened on the online live platform "FANBOX," fueling expectations that it will bring more special experiences to fans who watch the show with vivid and colorful stages that match the name "SO VIVID."