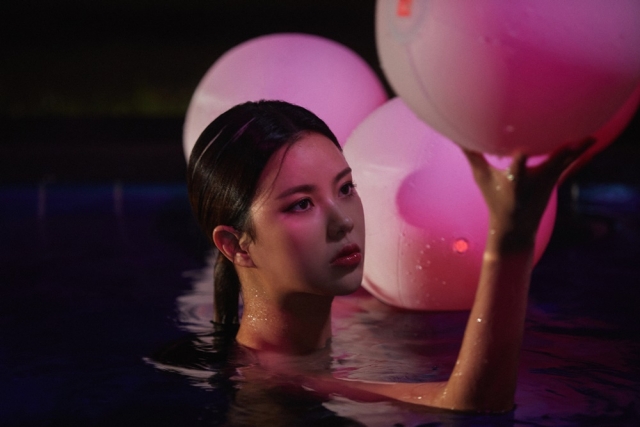 MOON released its first official photo on the official SNS of the Million Market on Oct. 15, announcing its comeback in five months.

In the photo released, MOON is seen with a pink ball underwater. Despite its dark background, its distinctive features and pure charm attract attention. Sensuous objet and MOON's mysterious eyes are raising questions about the new song.