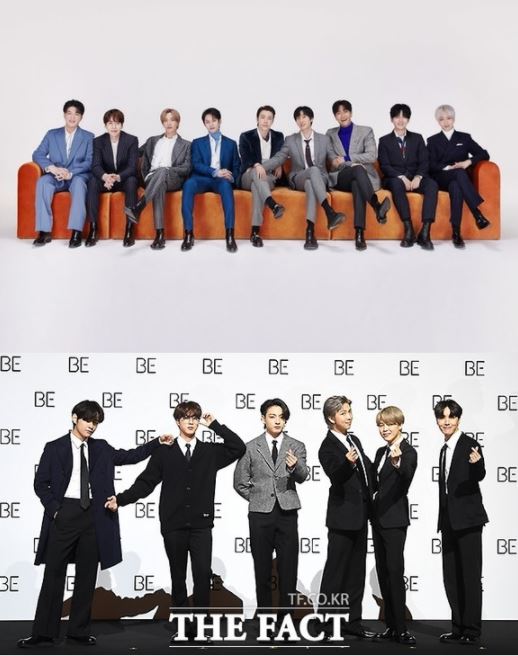 Super Junior (top) and BTS are in a heated competition for the 'TMA Popularity Award' trophy. With only 2 percent of the vote, the two teams will compete at the 2020 The Fact Music Awards, which will be held on December 12. /Label SJ, The Fact DB

Online voting deadline at noon on December 7th… the heat until the very end, ‘scorching’

[The Fact | Reporter Yoo Ji-hoon] The '2020 The Fact Music Awards' is already hot in response from fans. Leading K-pop artists are competing for trophies.

'2020 THE FACT MUSIC AWARDS (TMA)' has four categories from the 16th, including 'TMA Popularity Award', 'FAN N STAR Choice Award-Singer ''FAN N STAR Choice Award-Individual' and 'Trot Popularity Award'. The online second round of voting is in progress. The 'The Fact Music Awards' entrusted the four categories of awards to 100% online voting results in order to add the meaning of 'a great K-pop festival made with fans' beyond a simple award ceremony.

Fans responded with enthusiastic participation at the same time as the online voting opened. The fever continues even recently, with a week remaining until the noon vote ends on the 7th of next month.

In particular, the 'TMA Popularity Award' is a competition that cannot be overlooked. As of the 30th, Super Junior is running at No. 1, and BTS is closely following it with No. 2. The two teams are in an unpredictable competition with only 2% of the vote. 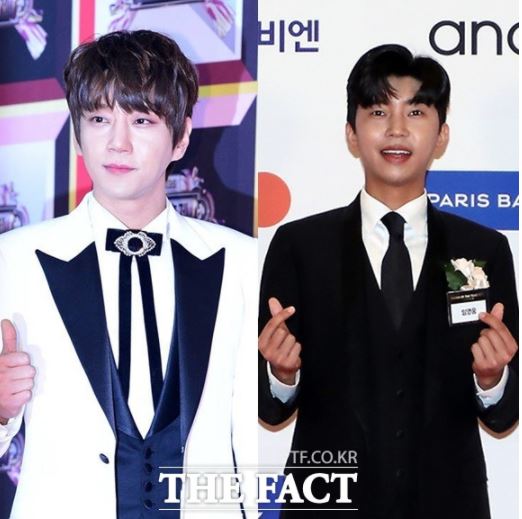 Unlike the "FAN N STAR" category, where voting rights are paid differently according to grades, the "TMA Popularity Award" is given equal voting rights every day. As a result, fierce competition is expected to continue as fans' active participation in the vote could determine the winner at the last minute.

Fans around the world are paying keen attention to whether BTS, who won the "TMA Popularity Award" for the second consecutive year, will win the title for the third consecutive year with last-minute endurance or whether Super Junior, the original Hallyu idol, will become the new main character of the "TMA Popularity Award," which marks the 15th anniversary of its debut.

The newly created "Trot Popularity Award" includes a number of familiar names that caused the Korean trot craze this year. Lim Young-woong holds the top spot with more than 50 percent of the vote, while Young-tak and Lee Chan-won are competing for second and third place by a narrow margin.

All the singers who appeared in the "2018 The Fact Music Awards" taking commemorative photos. /The Fact DB

The "2020 The Fact Music Awards," which will kick off on Dec. 12, will be held On:Tact to prevent the further spread of COVID19 and to ensure the safety of fans and artists. BTS, Super Junior, NU'EST, GOT7 (GOT7), MONSTA X, SEVENTEEN, Kang Daniel, TWICE, MAMAMOO, (G)I-DLE, ITZY, Stray Kids, TOMORROW X TOGETHER, ATEEZ, CRAVITY, Weekly, THE BOYZ, IZ*ONE, and Jessi are decorated with K-POP artists who are among the most popular in the world. Broadcaster Jeon Hyun-moo and actress Seo Hyun will co-host the show for the third consecutive time, adding much more meaning to it.

The '2020 The Fact Music Awards' will be held on December 12th. Related information, such as ticket reservation schedule, award details, and judging criteria, will be released later through the newly renewed official website. /provided by TMA management committee

The "2020 The Fact Music Awards" will be broadcast live online to various regions including Korea, China, Japan, Europe, the Middle East, Southeast Asia and North and South America. Based on the country of viewer access, you can purchase live streaming tickets through Naver V LIVE and YES24 in Korea and China, NicoNico Live Broadcast in Japan(ニコニコ生放送), LIVECON in North and South America, Contentszone in Europe and the Middle East, Jncmediagroup in Southeast Asia, Ktx in the Philippines, and Bookmyshow in India.