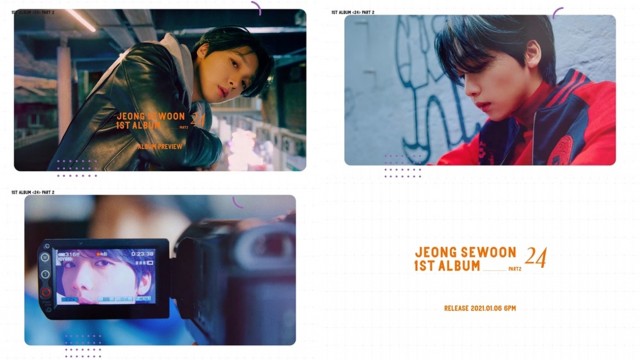 On the afternoon of the 4th, the agency Starship Entertainment drew attention by releasing an album preview video containing the highlights of all songs from Jeong Sewoon's first full album "24" on the official SNS channel.

In the video, the title track'In the Dark',':m (Mind)','Fine','DoDoDo','Find hidden pictures','Be a fool' A total of six tracks, including'(Beer Full)', and unreleased photos were included.

In the unpublished photo, Jeong Sewoon focused his attention by showing a colorful visual by digesting from dreamy charm to mysterious atmosphere and sophisticated mood.