"Thank you, E.L.F (Super Junior fan club name)." Group Super Junior-K.R.Y. is posing with the No. 1 trophy for 10 consecutive weeks in the singer ranking of FAN N STAR. 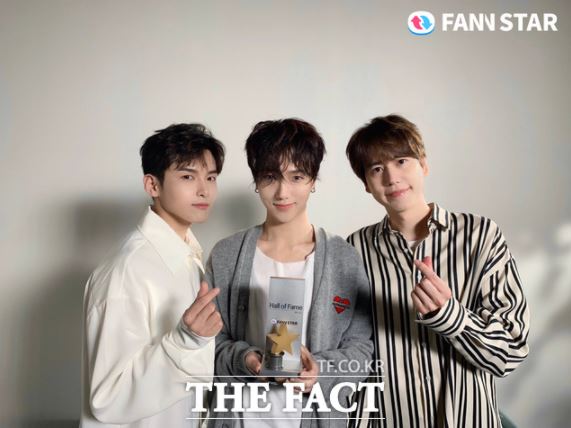 The playground of the idol fandom, FAN N STAR, released a photo of the trophy, which ranks first in the 10th week of Super Junior-K.R.Y. singer rankings, on January 7th.

In the photo released, Super Junior-K.R.Y. members are smiling brightly with the FAN N STAR trophy. In particular, he shows his love for his fans by making finger hearts.

Earlier, Super Junior-K.R.Y. topped the list of "FAN N STAR" singers for 10 consecutive weeks from May 11 to July 20. Following the trophy delivery, they will receive various privileges such as entering the Hall of Fame, showing their videos of subway electronic boards, and making special pages dedicated to them. The schedule for screenings of electronic displays can be found in the announcement of 'FAN N STAR' in the future.

FAN N STAR is currently voting for the second week of September. Voting will be held until noon on the 14th.