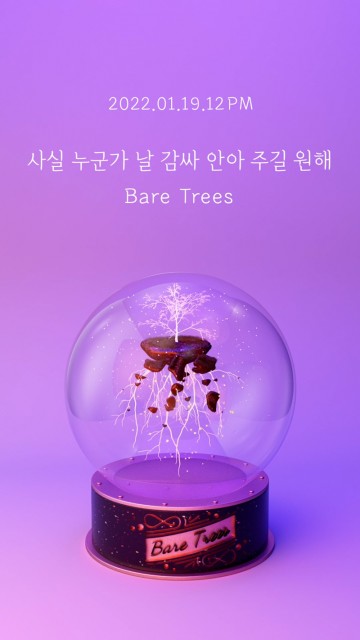 Singer KISUM returned with her new song after about a year and 10 months, raising expectations for the comeback with a sensational teaser video.

First One Entertainment, the agency, released a teaser video of Kisum's new single THE 2nd KEY TO SUMMISLAND, which will release at noon on its official SNS on January 17th.

The released teaser video set in purple, Kisum's signature color, and a beautiful snowball with the English title Bare Trees written in the new song "Bare Trees" stands out. Inside the snowy circular crystal, the roots that fell deep as if alive under the lean, dry tree contrasted sharply, stimulating curiosity.