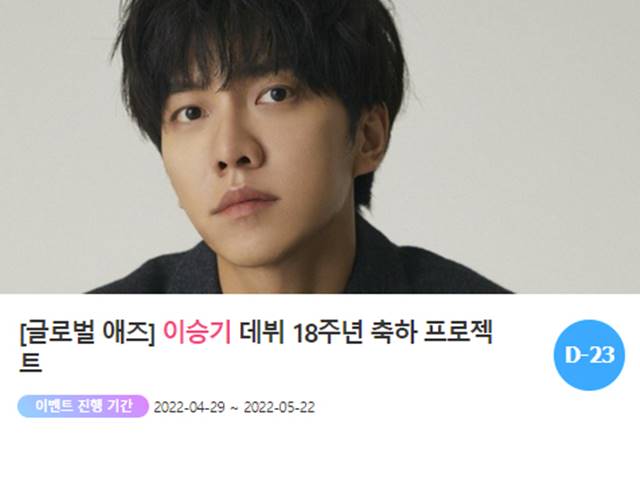 Since April 29th, the idol weekly ranking site "Fan N Star" is holding a surprise support event to celebrate the 18th anniversary of Lee Seung-gi's. It is a global fan-centered project where advertisements to celebrate his debut are posted in various places.

Lee Seung-gi's 18th anniversary project will be successful with the number of rainbow stars (points that can be collected on the site) donated by fans. If more than 20,000 stars are collected, a congratulatory advertisement will be held.

If it reaches 20,000 stars, a congratulatory video will be screened on the CM board of Hapjeong Station in Seoul. When 55,000 stars are collected, a congratulatory video will also be displayed on the Shinjuku Shinokubo electronic display in Tokyo, Japan. In addition, ultra-special gifts such as Hongdae M-screen, Jamsil large digital electronic display, and Seoul bus advertisements are prepared.