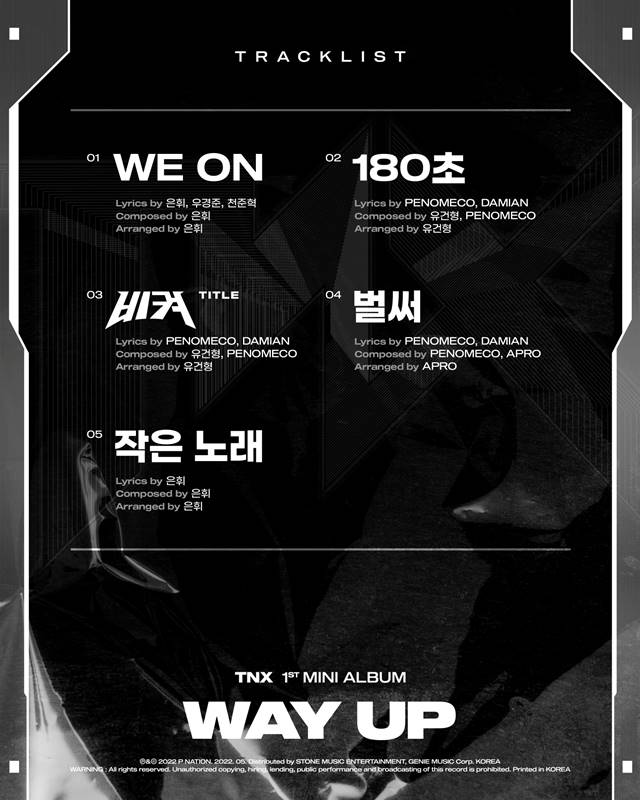 P NATION's first boy group TNX released the tracklist of its debut album "WAY UP" on its official SNS account at midnight on May 4th.

According to the tracklist, a total of five tracks, including the title song "비켜," "WE ON," "180 초," "벌써," and "작은 노래," fill TNX's "WAY UP." The TNX logo symbol, which was slightly hidden in the cold achromatic color, also led to an overwhelming atmosphere and stimulated curiosity to the fullest.

Earlier, TNX, which faithfully unravels the storyline of "WAY UP" with various attractive teasing contents ranging from object photos to story films and photos of each member, unveiled its tracklist on the same day, raising expectations for its debut.